Supermarket shooting: Who is Shawn Bair? 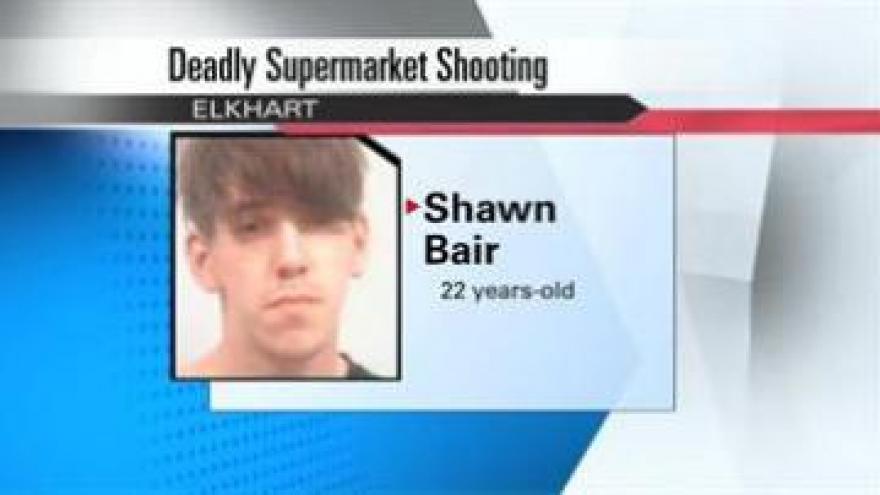 ELKHART, Ind. -- Elkhart Police have identified the suspect in the shooting at the Martin's in Elkhart as 22-year-old Shawn Bair.

Bair walked into the Martin's around 9:30 p.m. Wednesday, walked around the store for about half an hour, then shot and killed employee Krystle Dikes. Then he killed shopper Rachelle Godfread.

He was then shot and killed by police after holding the manager at gunpoint for two minutes.

Bair was a student at Elkhart Community Schools in 2007 when he was a sophomore. He only went there for one semester.

He then moved to a school in Georgia where he was enrolled for four days.

Bair has been arrested for theft and possession of marijuana, according to the Elkhart County Sheriff's Department website.

His Facebook page has pictures of serial killers and he talks about going to hell.

After knocking on doors all over town, we found Bair's family. We spoke to them off camera but they declined to make any comments.

Police say it is possible he knew Dikes, but that is part of their investigation.