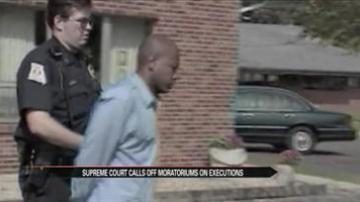 The Supreme Court called off the moratorium on executions across the country.

A man in Georgia was the first inmate put to death since the botched execution of an Oklahoma man in April.

The state of Missouri was next in line. John Winfield was executed and declared dead at 12:01 a.m. CT Wednesday.