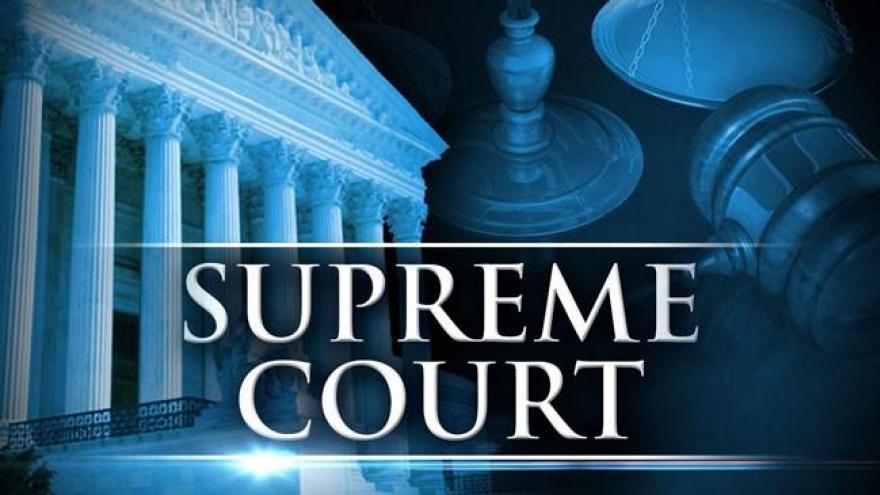 WASHINGTON (CNN) -- Kim Kardashian's robbery will forever be enshrined in Supreme Court history thanks to Justice Stephen Breyer, who both threw some shade on the incident and used it as an example in questioning during a case on Tuesday.

The justices were hearing oral arguments in the case Lawrence Eugene Shaw v. United States, in which a California man who drained another man's bank account is arguing that he didn't commit bank fraud because the bank was insured and didn't lose money.

Very early into oral arguments, Breyer questioned the attorney for Shaw about whether insurance negates theft -- using the example of Kardashian being robbed of millions of dollars' worth of jewelry in Paris this week.

"Even Kardashian's thief, if there is one, believes that all that jewelry is insured. Indeed, over-insured. So it's not theft?" Breyer asked petitioner's attorney Koren Bell, according to a transcript.

He continued the analogy as he peppered Bell with questions.

"If he defrauds him out of the money, he defrauds her out of the jewelry, says, 'Here I am, your local jewelry cleaner.' Gets the jewelry. Wouldn't you think that was fraud? Even if she's insured. Even if he thinks she's triple insured. Even if he thinks that, in fact, this isn't even her jewelry, that it was just loaned her on the occasion by a good friend, the necklace," Breyer said.

He continued: "If the local person comes to the door and says, 'Dear Miss Kardashian, I am your local jewelry cleaner. Please give me your jewelry. She does. And that's not fraud. He wanted to get the jewelry ... He also believed that the friend had just loaned it for the evening, that she's triple insured, that she won't even lose any money because the publicity will be worth it."

"I would have always thought from first year of law school, criminal law, that that was fraud, but perhaps I was wrong. So I would like you to explain it," Breyer said.

During a conversation Wednesday with CBS's Charlie Rose at 92Y in New York City, Breyer said he used the reality TV star's robbery as a teachable moment for Bell.

"Did your wife ever, ever, ever think that your name would be in the same sentence with Kim Kardashian?" Rose asked during the interview that aired Thursday on CBS's This Morning.

"This comes about through teaching," Breyer said. "When you're teaching, what you do is you want to give an example that the class is going to remember."

Breyer said he's made even "worse" references in his career.

"I mean I've said a lot worse things than that and that's because I want an illustrative point. And I don't want to watch every two seconds what I'm saying, but I want the lawyer to get the point that I'm making so I get an answer out of that lawyer," he said.

The Supreme Court justice added that this type of discourse creates "progress."

"And when you get a conversation going in a courtroom -- and it is, you know, right on the merits, it isn't taking people taking poses or positions -- you can make a lot of progress," he said.

Bell said that the argument of the case is that the scheme would be to defraud the insurer -- and in the case of her client, not the bank.

The case was one of the first oral arguments of this year's Supreme Court term. Decisions will be handed down later in the term.