Supreme Court takes up death penalty cases for next term 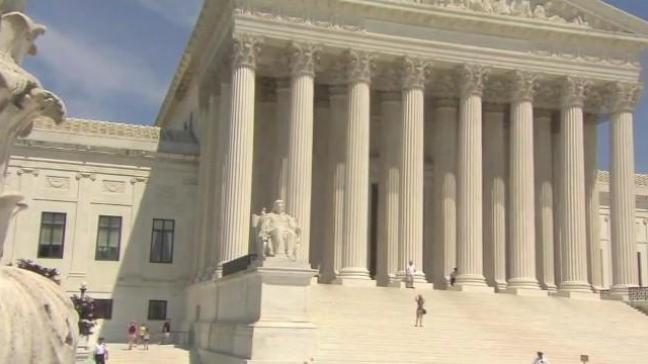 (CNN) -- The Supreme Court on Monday laid the groundwork for a significant debate on capital punishment next term, announcing it will take up two death penalty cases.

The first case granted by the court concerns Duane Buck, an African-American man on death row who was sentenced to death after his own lawyer introduced evidence that he was more likely to be dangerous in the future because he is black.

Under Texas law, a death sentence can be imposed only if prosecutors can find that the inmate poses a future danger to society. At issue was testimony from Dr. Walter Quijano, a clinical psychologist who was called as an expert witness by the defense.

In briefs, Texas Attorney General Ken Paxton emphasized the brutality of the crimes Buck was convicted of and said that his ineffectiveness claim is procedurally barred in part because the lower court reasoned that he could not establish the "extraordinary circumstances" necessary for relief.

"There is no question that state-sponsored discrimination is not to be tolerated," Paxton wrote in the briefs, but he said that Quijano's testimony was not the only evidence against Buck. "Certainly the record does not establish that the assessment of the death penalty in this case was a result of Dr. Quijano's single statement that minorities are overrepresented in the criminal justice system," he wrote.

In response to the Supreme Court taking up the case, attorneys for Buck said in a statement that his case casts a negative light on the judiciary process.

"Trial counsel's knowing reliance on false, inflammatory and deeply prejudicial evidence explicitly linking Mr. Buck's race to his likelihood of future dangerousness is plainly extraordinary," the attorneys wrote. "We are hopeful that the Supreme Court will correct this egregious error, and that Texas will acknowledge Mr. Buck's right to a new sentencing hearing free of racial bias. Justice can only be served in this extraordinary case of racial bias by a new sentencing hearing free of inflammatory, inaccurate stereotypes."

The second case, also out of Texas, that the court granted on Monday concerns Bobby Moore, who was convicted and sentenced to death row in 1980 and has been on death row since. He is making arguments on the topics of intellectual disability, prolonged confinement and solitary confinement.

Moore, now 56 years old, was first sentenced to death over 35 years ago, at the age of 20. For nearly 15 years he was held almost continuously in "administrative segregation" -- similar to solitary confinement. In court papers, his attorneys argued that the court should resolve the issue of whether execution after an "excessively long period of confinement" under a death sentence constitutes cruel and unusual punishment in violation of the Constitution.

"Because such prolonged death-penalty confinement thwarts the purposes that the death penalty is designed to serve, executing a prisoner initially sentenced to death decades ago would represent needless pain and suffering in violation of the Eighth Amendment," the attorneys wrote.

In both cases, the lower courts sided with the states over Buck and Moore.

The issue of solitary confinement is one that Justice Anthony Kennedy in particular has expressed extreme interest in, and in past cases has urged the Court to take up the issue.

In a previous case, Davis v. Ayala, Kennedy wrote that the courts may have to grapple with the issue.

"In a case that presented the issue, the judiciary may be required ... to determine whether workable alternative systems for long-term confinement exist, and, if so, whether a correctional system should be required to adopt them," the justice wrote in that opinion.

In the Moore case, Paxton argued in court papers that the long delay in execution was due in part because of filings made by Moore's legal team. In court papers he wrote, "Moore appears to seek a permanent bar to his execution because he has successfully taken advantage of the mechanisms that are in place to assure that his conviction and sentence comply with every constitutional standard."

Granting a case only requires four justices and does not indicate which way the court may be leaning.

"Death penalty abolitionists shouldn't read too much into the court's decision to take these cases," said Steve Vladeck, CNN contributor and professor of law at American University Washington College of Law. "It's far more likely that the justices see the Moore case as an opportunity to look more carefully at the constitutionality of long-term solitary confinement, especially on death row, an issue Justice Kennedy raised concerns about."

Although neither case challenges the constitutionality of the death penalty itself, the case comes as two justices, Stephen Breyer and Ruth Bader Ginsburg, have suggested the court take a look at that issue and amid Kennedy's expressed concerns with the issue of solitary confinement.

The cases will be heard in the fall term.