Surrounding business owner reacts to what's next for the Goshen Inn 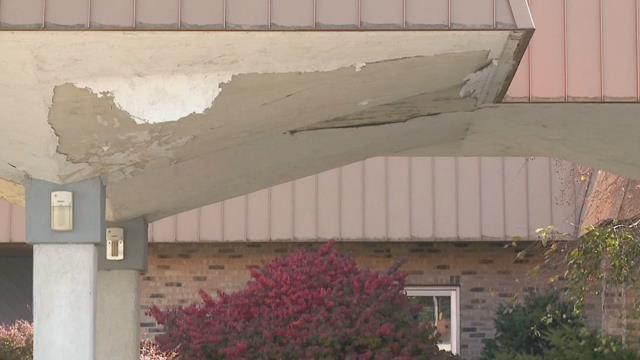 A dispute between the previous owners of a property that has been empty since 2011 and Elkhart County has finally been resolved. Now the City of Goshen’s Redevelopment Commission has some major decisions to make.

Any day now the City of Goshen will own the property at 1375 Lincolnway East. The city's Redevelopment Commission is looking at future plans for the site.

For three years the Goshen Inn has stood vacant. A dark past of the most recent owner being murdered at the hotel plagues the property.

On Wednesday a surrounding business owner says it is still not attracting the best crowd.

“There is a lot of vandalism. Just random people like the other day I noticed somebody was just sleeping on the side of the building,” says Javier Jimenez owner of Javi’s restaurant and food truck.

Jimenez recently bought this property two lots north of the Goshen Inn. He plans to expand his food truck business into a restaurant.

“There is a lot of traffic coming and going from the factories and I feel like it will be a really good spot,” says Jimenez.

Now that the city will soon own the site a Goshen Redevelopment Commissioner says they hope to sell it as soon as possible. With about 40 interested developers they just want to make sure future projects will add to the value and safety of the area.

“Whatever they do decide to build there it will be new and probably attract more traffic to this area,” says Jimenez.

Jimenez has hopes for future projects on Lincolnway East but jokingly puts one restriction on future developments.

“As long as it’s not another restaurant, anything should be fine,” says Jimenez.

The deadline for developers to submit a proposal to the Redevelopment Commission is February 2016.