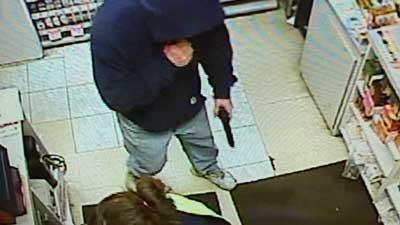 Police are asking for the public's help in identifying the person who robbed a Speedway gas station at gunpoint early Thursday morning in Berrien Springs.

The robbery happened at 12:40 a.m. at the Speedway on Cass Street.

The suspect entered the store armed with a handgun and ordered the attendant to open the cash register and give him the money.

After taking an undetermined amount of money, he ran from the gas station.

Officers searched the surrounding area but were not able to locate the suspect.

The suspect is described as a white male, approximately 5’8”-6’0” tall, with a medium build.

If you have any information about the armed robbery, contact the  Berrien Springs-Oronoko Twp. Police Department at 269-471-2813.