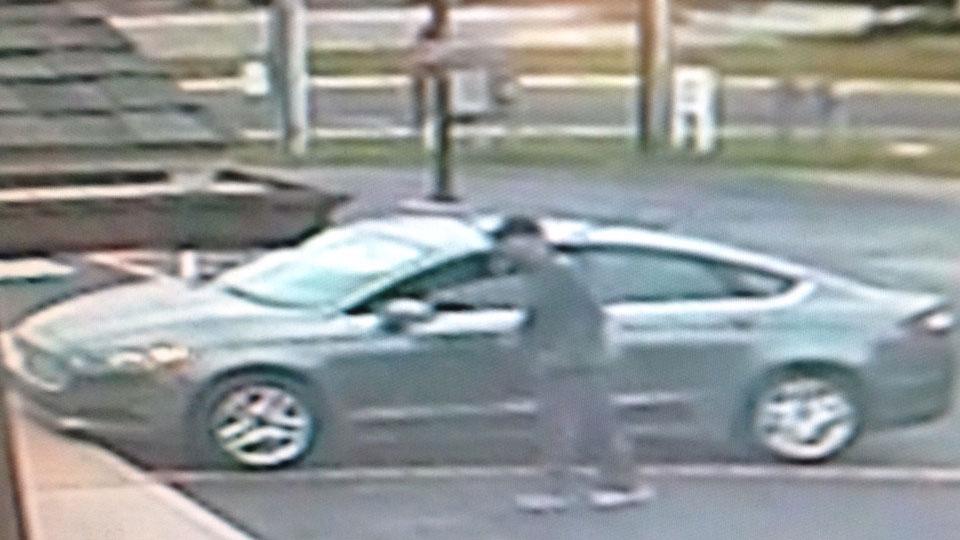 St. Joseph County Police have released surveillance photos of the suspect in the robbery of the 1st Source Bank branch on SR 23 in Granger.

The robbery happened around 9:30 a.m. Thursday.

The teller gave him money and he fled the bank.

There were no customers in the bank at the time of the robbery.

The suspect is a white male, approximately 5'5” tall with short blond hair and some facial hair. He was wearing an Advance Auto hat, a dark sleeved shirt and dark cargo pants.

The suspect was driving a gray Ford Fusion. Another person was in the vehicle, but that person did not go inside the bank.