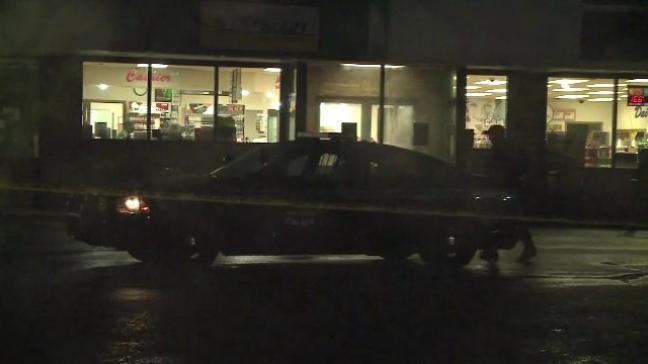 Three gas stations in Berrien County were robbed Monday morning. There were no reports of injuries.

Police in Benton Township responded to an armed robbery at 2215 Pipestone Road at 12:41 a.m. Monday.

Steve Lark, the gas station clerk at the time of the robbery, says the robber had what appeared to be a gun.

"It's heart racing," says Lark. "I just hope I never experience nothing like that again."

The store clerk estimates the suspect took about $160.

The suspect was wearing a blue hooded sweatshirt, jeans and a Halloween mask.

According to Berrien County dispatch, it wasn't the only gas station robbery overnight.

At 6:03 a.m., police said the same suspect attempted to rob the Ago station at 3176 Niles Road in St. Joseph Township.

When the suspect demanded money, the clerk refused and the suspect left in a full sized white SUV. The suspect was wearing the

At 6:23 a.m., the suspect went to the Primart station at 4297 Niles Road in Royalton Township.

He was wearing a plaid flannel shirt and the Halloween mask.

If you have any information about these robberies, contact Crime Stoppers at 800-342-STOP.