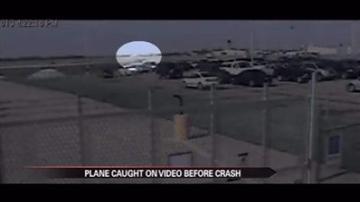 For Daniel Miller, March 17th started off just like any other day.

"I was marshalling an aircraft," Miller said. "It seemed to be taking a little longer than usual."

He had been ushering flights in and out of Atlantic Aviation all afternoon.

"It's something you never want to see again, hear about or experience," Miller said. "The thing that is really scary about that particular aircraft, is that was the third one in three weks that crashed."

Miller said he was feet away as the Hawker Beechcraft Premier 1 Jet tried to land unsuccessfully two times.

"It had the nose landing gear out, and it was skipping down the runway as if you were skipping a rock against the water."

He had hopes the plane could recover, but knew as soon as it took off that second time, it wasn't going to make it.