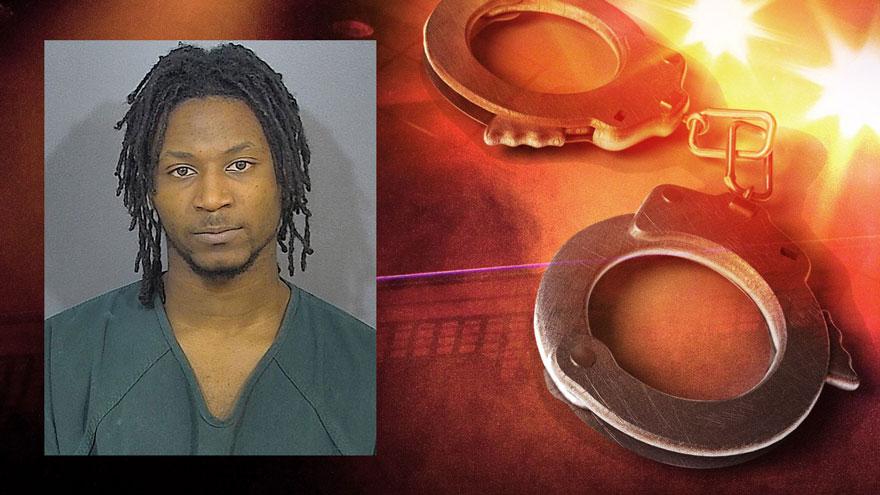 SOUTH BEND, Ind. -- A man has been charged with two counts of counterfeiting for allegedly using fake money to make a purchase, according to court documents.

A victim contacted the South Bend Police Department in May 2017 about receiving counterfeit cash.

The victim told police he arranged to sell a pair of Nike shoes with a local buyer for $100. The victim met with the buyer at a Speedway gas station to complete the transaction.

The seller told police he recognized the buyer, Malik Gardner, as someone he knew in high school, reports said.

Gardner gave the seller two $50 bills and then left the area, reports said.

The seller unfolded the bills and discovered they were counterfeit. The bills had "for motion picture use only" printed on them and had the same serial number, according to the probable cause affidavit.

Later that evening, officers were dispatched to Dubail Street about 4 people who were fleeing from police, reports said.

One of the officers located a man hiding in the bushes in the area. The man, later identified as Gardner, then ran from the officer, police said.

Gardner was eventually located and taken into custody, police said.

When he was arrested, officers found several counterfeit cash in Gardner's front and back pockets. All of the bills had "For motion picture use only" on them and had the same serial number as the bills used in the shoe purchase, according to the probable cause affidavit.

Gardner has been charged with two counts of counterfeiting and one count of resisting law enforcement.

Charges against Gardner were filed in June 2018. He was arrested on August 15.