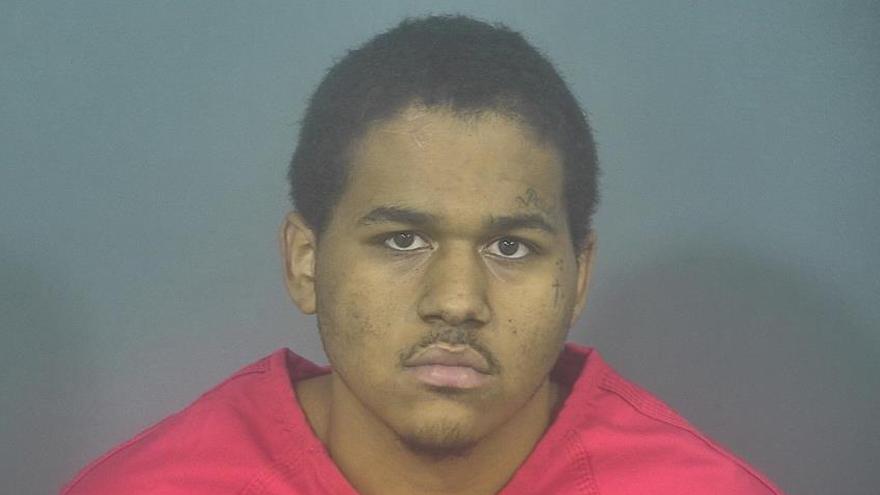 A 19-year-old is facing attempted murder and other charges in connection with a shooting that happened on Marion Street on Saturday.

South Bend Police were called to the 500 block of W. Marion for reports of a victim with a gunshot wound.

When police arrived, they found Andrew Blankenship with a gunshot wound to the back of his head. He was taken to the hospital where he is in intensive care with significant brain damage, according to the probable cause affidavit.

Witnesses told police they had met Lunford a few days before and Blankenship had given him some clothes.

One of the witnesses said she saw Lunford walking around the house with a rifle in his hand. Later that day she was helping Blankenship when she heard a loud pop, then saw Blankenship had been shot, according to the probable cause affidavit.

After the shooting, Lunford ran from the residence carrying the rifle, reports said.

Reports came in to 9-1-1 about a man walking down Lincolnway West with a rifle in his hand, reports said.

A man then called 9-1-1 to report a man with a rifle had pointed the rifle at him and demanded his vehicle’s keys, reports said.

Lunford then drove off in the man’s van, according to the probable cause affidavit.

St. Joseph County Police responded to the area and located Lunford near a crashed van. He was carrying the rifle, reports said.

Lunford was taken into custody.

During questioning, Lunford admitted to shooting Blankenship and stealing the van, according to the probable cause affidavit.

Lunford was taken into custody on January 3. His initial bail hearing will be held on January 5.