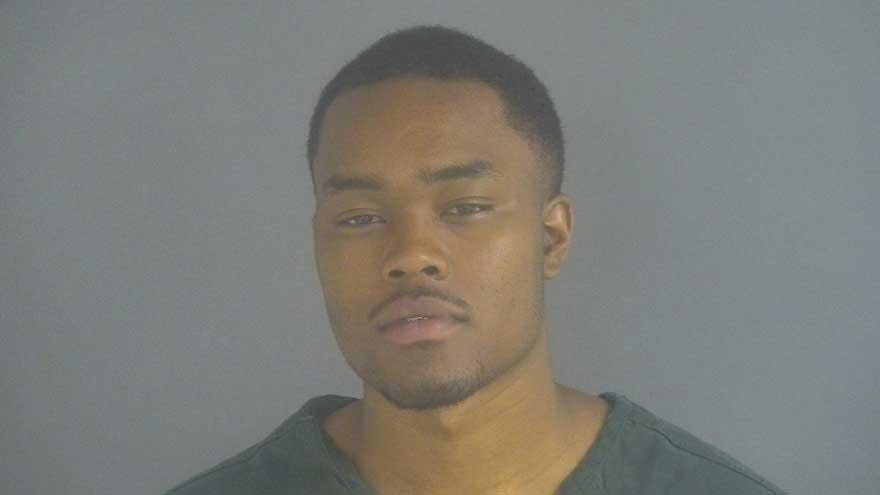 MISHAWAKA, Ind. -- A suspect has been charged with attempted murder in a shooting that happened at a 7-Eleven in Mishawaka and injured two people, according to court records.

Emmett White Jr, 25, has been charged with attempted murder and aggravated battery.

On June 20, Mishawaka Police received a report of shots fired at a 7-Eleven on Main Street.

While on the way to the scene, an officer reported vehicle crash in front of the First Baptist Church.

There were two shooting victims in the crashed vehicle. Tyara Roundtree had an injury to her lower jaw area and Aljamar Gregory had a gunshot wound to his left arm, according to the probable cause affidavit.

Both were taken to the hospital for treatment of their injuries.

A woman exited the silver car and tried to go into the store. She didn't have a mask, so she walked toward the white car parked at the pumps, reports said.

Roundtree said she didn’t know the people in the silver car parked next to her, but a man gave her some money and asked her to get him some cigarettes because he didn't have a mask, reports said.

While inside the store, another woman entered the store and spoke with Roundtree. Roundtree gave the woman, who had also arrived in the silver car, the money for the cigarettes, reports said.

Gregory entered the store and told Roundtree they needed to leave.

Gregory, Roundtree and the other woman all left the store at the same time, reports said.

As they left, Gregory approached the driver's side of the silver car, Roundtree told police.

Gregory then got in the passenger side of Roundtree's car. As they pulled out of the parking lot, shots were fired, according to the probable cause affidavit.

A tip to police identified the shooter in this case as Emmett White Jr and learned the identity of the passenger in the silver car, reports said.

The passenger in the silver car told police she and White left a party and went to 7-Eleven, reports said.

The witness said she wanted to go into the store but didn't have a mask, so she went to her sister's car, the white car parked at the pumps, to get one.

The witness then went into the store and got the money from Roundtree and bought the cigarettes, reports said.

She walked to her sister's car, then back to the silver car - and then heard gunshots, according to the probable cause affidavit.

White was arrested in this case on June 29 and charges were filed on June 30.

He will appear for an initial bail hearing on Wednesday.