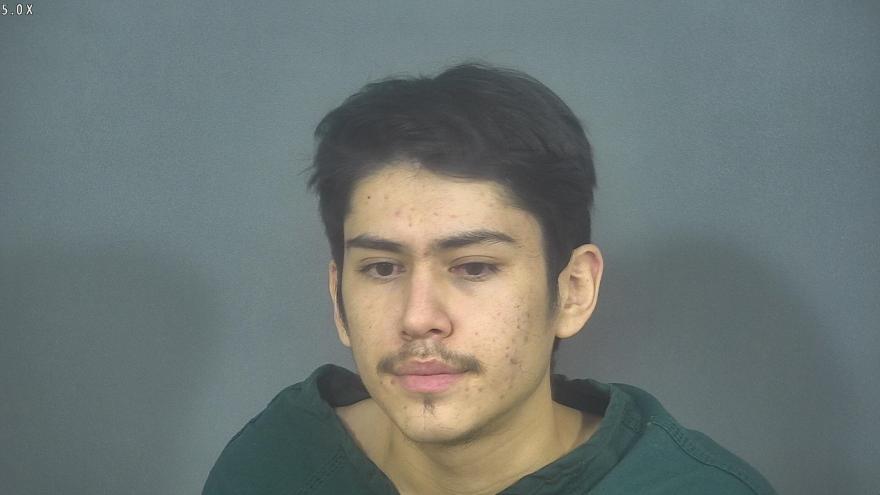 SOUTH BEND, Ind.—A suspect out on bond for two armed robbery charges has been arrested after another armed robbery involving a knife on E. Ireland Road, according to the probable cause affidavit.

On December 8, officers with the South Bend Police Department were sent to the Speedway Gas Station on E. Ireland Road for a report of an attempted robbery.

The store clerk told police that a man came in, showed his passport and asked to purchase cigars, reports said.

The man, later identified as 20-year-old Jose Salazar, then pulled out a knife, held it in front of himself and said to the clerk, “how about you give me all the money,” court documents said.

According to reports, the clerk yelled for another employee and Salazar left without taking any money.

Salazar also left blood on the counter and exit door as he had a fresh cut on his hand, court documents said.

The clerk told police that she remembered the birthday on the passport as being in July 1999 and she remembered Salazar from the last time he tried to rob the gas station, court documents said.

Officers located Salazar at his home in South Bend as well as the knife he showed the clerk, which still had blood on the handle.

During his interview with police, Salazar admitted he showed the knife, demanded money from the clerk and cut his own finger on the knife while taking it out of his pocket, court documents said.

According to the probable cause affidavit, Salazar is currently on bond for two robbery charges.

Salazar allegedly robbed the CVS across the street from the Speedway and then attempted to rob Low Bob’s next door on November 8, court documents said.

In the November incident, Salazar allegedly used a handgun.

Salazar was arrested and booked into the St. Joseph County Jail on suspicion of attempted armed robbery. He is being held on a $2,000 bond.