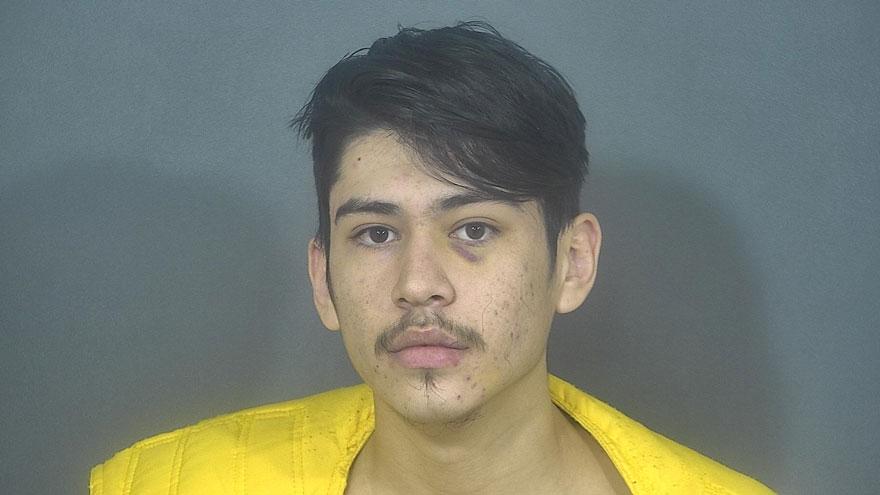 ST. JOSEPH COUNTY, Ind. -- Charges have been filed against the man who is accused of robbing the CVS and attempting to rob the Low Bob's across the street, according to court records.

South Bend Police were called to the CVS on November 8 to investigate an armed robbery.

The store supervisor showed the officer surveillance video of the robbery. It showed a thin, short man wearing a dark blue hooded sweatshirt and dark pants pull out a handgun and rob the store, according to the probable cause affidavit.

The clerk who was robbed told the officer Salazar came into the store, walked around, then went to the counter to buy a pack of gun, reports said.

Salazar initially pulled out cash, but then pulled out a handgun and ordered the clerk to give him money from the drawer, according to reports.

While investigating, the officer learned the alarm was going off at Low Bob's across the street.

While headed to Low Bob's the officer was told the suspect was at the Speedway gas station next door, reports said.

At the Speedway, the officer spotted a man who resembled the suspect on the surveillance video from the CVS on the west side of the gas station, reports said.

The officer escorted Salazar to the CVS where the clerk positively identified Salazar as the man who robbed him, according to the probable cause affidavit.

At Low Bob's the clerk told police he realized the gun was a BB gun during the robbery attempt and refused to give the suspect any cash, reports said.

The clerk from Low Bob's identified Salazar as the man who tried to rob him, reports said.

An employee of the Speedway showed officers where Salazar hid the gun and it was taken as evidence, according to reports.