Suspect in double homicide in Zionsville located at hotel in Indy 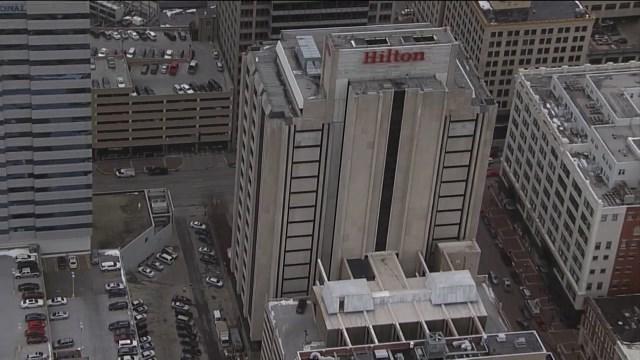 Administrators at Wabash College gave the all-clear Wednesday afternoon after Crawfordsville Police searched all of the campus buildings for an employee who was connected to a double homicide in Zionsville.

Students and faculty were told to shelter in place while Crawfordsville Police searched all of the campus buildings. The all clear was given around 3 p.m.

According to WRTV, an employee of the college was the suspect in a double homicide that happened in Zionsville.

Katherine Giehll, 31, and her son Raymond, 4, were found dead in their home on Old Hunt Club Road in Boone County Wednesday morning.

The suspect was identified as 61-year-old Lucius Oliver Hamilton III, an employee of Wabash College.

Around 4 p.m., Hamilton was tracked to the Hilton on West Market Street in Indianapolis.

Police say he shot at them through the door to his hotel room.

Hamilton died as a result of a self-inflicted gunshot wound. No one else was injured.