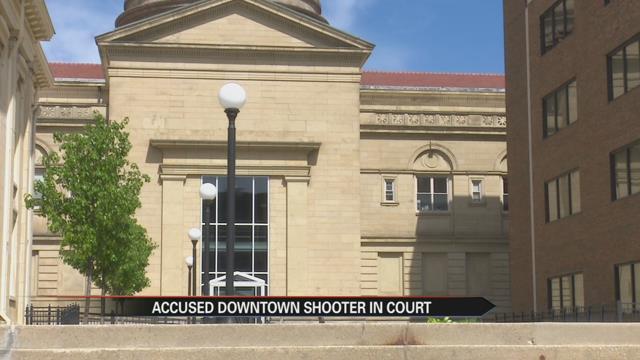 On Thursday, more details are being released in regards to a deadly shooting that happened in Downtown South Bend late Tuesday night.

During Young’s arraignment the court entered a preliminary plea of not guilty.

Young also told a judge he does suffers from PTSD.

This afternoon, there was one friend of Young’s in court to support him.

Young was arraigned via video and when young appeared on the screen his friend moved closer to the monitor.

The judge asked Young if he was a veteran and young confirmed that he had served in Vietnam.

The family of 27-year-old Markest Flowers, the man who died from a bullet to the head, does not want to talk on camera, right now.

Young stated in court today that he will be hiring an attorney.

Young is scheduled to be back in court on June 16th.