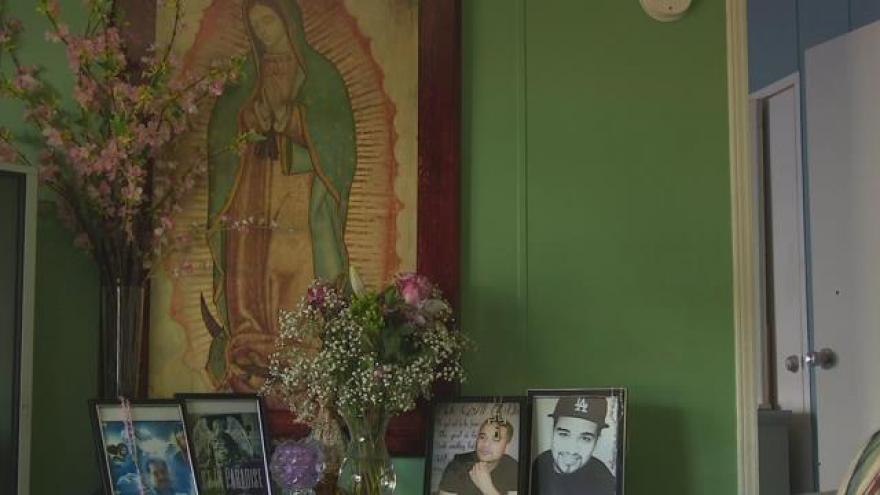 Today a family continues to relive an awful night when they lost two loved ones. Luis Rivas a suspect in that double murder in Goshen was in court Friday morning.

In March, 27-year-old Jose Nava Orozco and 43-year-old Marco Carmona Gonzalez were both gunned down in the middle of the night.
For the first time Elizabeth Orozco Rivera, who is Nava Orozco’s mom and Carmona Gonzalez’s friend, publicly says nothing will make her feel better and bring her loved ones back.

Inside Orozco Rivera home she made a memorial of the two men she loved, thinking it would make the grieving process easier.

While crying Orozco Rivera describes in Spanish how much she misses her son.

“I thought with time thing would get better but every day that passes I miss him more,” says Orozco Rivera.

On Friday, a suspect in the double murder, 19-year-old Luis Rivas was in court.

Rivas pleaded guilty to assisting a criminal, a lesser charge than the murder charges he originally faced.

During his plea hearing Rivas admitted to helping co-defendant Diego Ramos by burning the clothes worn that night and giving police false statements.

“I’m not God to judge them because they ruined their own lives too,” says Orozco Rivera.

Rivas could be sentenced to a total of 12 years in prison.

Orozco Rivera says she will spend the rest of her days without her friend.

“He was a really good and he helped me so much,” says Orozco Rivera.

“He would come to the door and he would say I’m here my queen. Where are you? Every day he would say that,” says Orozco Rivera.

Rivas will be sentenced August 11th.