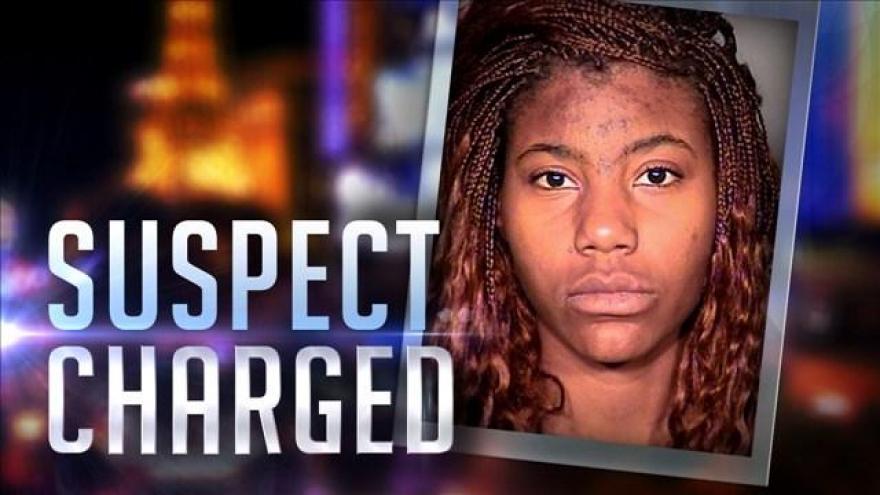 The statement said that the toxicology examination of suspect Lakeisha N. Holloway tested positive for marijuana and marijuana metabolites.

"There is no reasonable explanation or excuse for the actions of this defendant," said Clark County District Attorney Steve Wolfson in the news release. "The results of the toxicology test do not change the initial charges filed against Ms. Holloway."

Last week, Wolfson said the evidence against Holloway was "compelling," following the suspect's first court hearing since the deadly incident.

"It shows her traveling in traffic with many other cars and then, for whatever reason, making a right turn onto a sidewalk where there were many, many people walking, and her running over people and not stopping and continuing to drive," Wolfson said.

"This went on for many, many feet, hundreds of yards, and it's quite compelling," he said. "I think it speaks volumes for what she did."

Holloway, 24, will remain in jail pending arraignment for at least 30 days, on what one of her attorneys characterized as suicide watch. The next court date is a status check scheduled for January 20.

She was charged Tuesday with one count of murder and one count of leaving the scene of an accident after the incident Sunday night.

She will likely face additional charges, probably attempted murder, Wolfson said. He did not know how many but said it would be "multiple."

"Just because she's charged doesn't mean she's guilty," Abood told reporters. "There are all kinds of possibilities that we have to look into to make a determination of what happened here. It's just too early to tell."

"It very well could be that this was anything but an intentional act," he told reporters after the hearing. "We just don't know yet."

Authorities have not offered a motive for Holloway's alleged actions, which left one person dead and 37 injured.

She told authorities that before the incident, she had been trying to rest in her car with her 3-year-old daughter, but kept getting run off by security guards, according to the arrest report.

After her arrest, Holloway was distraught, her attorneys say, and was being held under 24-hour surveillance on what one of her attorneys, Scott Coffee, said he would characterize as suicide watch.

Holloway, who legally changed her name to Paris Paradise Morton in October, had turned her life around after a troubled childhood, according to a 2012 video by the Portland Opportunities Industrialization Center, which helps at-risk youth with education and career training.