Suspect in officer's death was wanted in another killing 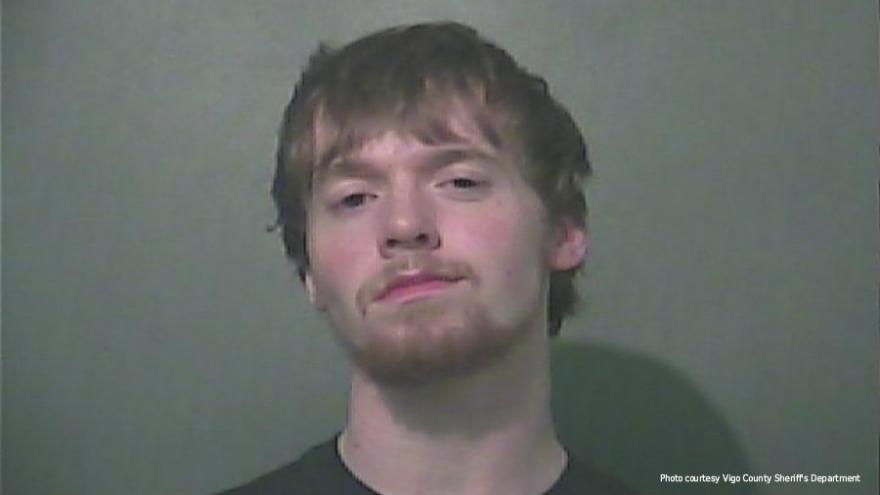 Terre Haute police were investigating Olson's slaying when they arrived at Wolfe's girlfriend's Terre Haute apartment and the shootout occurred.

She was arrested Friday night on a preliminary obstruction of justice charge for allegedly lying to police investigating Pitts' killing, the Tribune-Star reported. She remained jailed Monday on a $25,000 bond after a Vigo County judge ordered her to appear in court Thursday for the filing of formal charges.

A probable cause affidavit filed Monday in her case states that a detective had earlier learned that Wolfe, of New Goshen, had confessed to his girlfriend that he had fatally shot Olson last week.

That detective wrote in the affidavit that police had followed a car belonging to Wolfe to the Garden Quarter apartment complex, where they saw Wolfe and his girlfriend walk together into her apartment building just before several Terre Haute police officers confronted them.

Wolfe, armed with a handgun, fired on police, fatally wounding Pitts, the affidavit states. Wolfe also died of a gunshot wound, and an autopsy was scheduled to be performed Monday on his body.

After Friday's shooting, the girlfriend exited the building during a subsequent police standoff and she was taken into custody. The affidavit states she told officers that Wolfe had confided in her that he had shot Olson last week.

The 26-year-old Olson's girlfriend, Angel Archer, tells WTHI-TV she's stunned by his death. She urged everyone to let their loved-ones know they are loved.

"Keep them all close to your heart because you never know when they're not going to be here," Archer said.

Pitts, 45, was a 16-year veteran of the Terre Haute Police Department. His funeral is set for Wednesday at Indiana State University's Hulman Center in the city's that's about 70 miles west of Indianapolis.