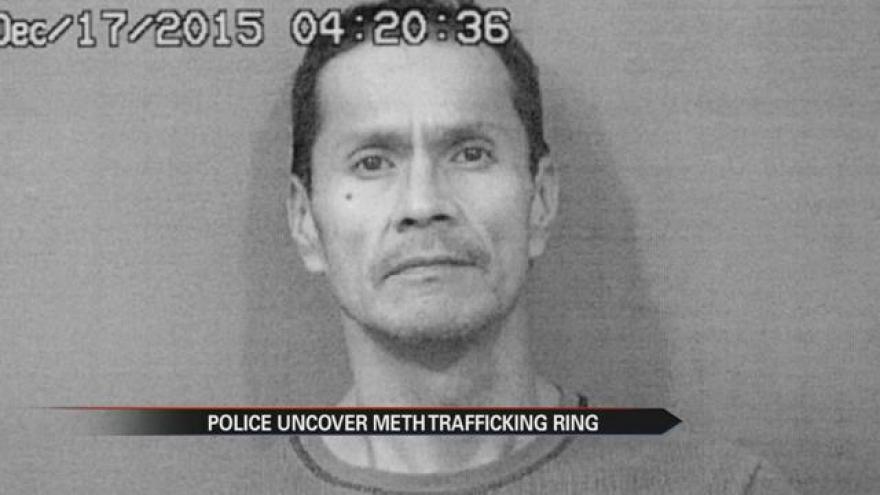 The largest meth seizure from a random traffic stop in Southwestern Michigan landed one man behind bars.

Police say they confiscated 7 pounds of pure crystal meth after a trooper pulled over George Yellowboy.

Yellowboy told police he works for a drug cartel from Mexico and he was bringing the meth from Colorado to Detroit.

Michigan State Troopers can't talk specifics of the case because they are trying to take down the larger drug ring and it's still under investigation.

However, a trooper explained why I-94 is one of the busiest interstates in Michigan.

Brant Downing said, “Right now we have about 44,000 vehicles that will travel from the state line to this area on a daily basis.”

The arrest was made in Hartford Township and Yellowboy was arraigned on Thursday for having meth and being a habitual offender.

Police said Yellowboy was pulled over for going under the speed limit.

Downing said, “We do come across those traffic stops that may have been for a simple traffic violation for speed or lane usage that do develop into a more investigate stop with drugs or illegal substances.”

A trooper in the 5th district said in his 30 years with Michigan State Police, he's never seen a traffic stop lead to a meth seizure this large.

Yellowboy apparently admitted he was trafficking drugs for a Mexican drug cartel out of Nogales, Mexico.

He’s scheduled to be back in district court in South Haven on December 30th.