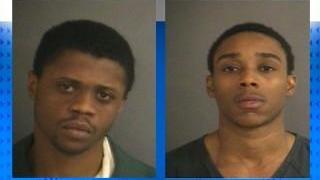 SOUTH BEND, Ind. - The name of the suspects arrested in connection the murder of Alejandro Tinoco and the shooting of Jazmin Conlee were released Sunday night.

Moore and Gavin are both being held at the St. Joseph County Jail.

Tinoco and Conlee were both shot in a home Wednesday night on North Adams Street, Tinoco died shortly after the shooting. At last check Conlee was fighting for her life at Memorial Hospital.

An update on Conlee's condition this weekend has not been available.