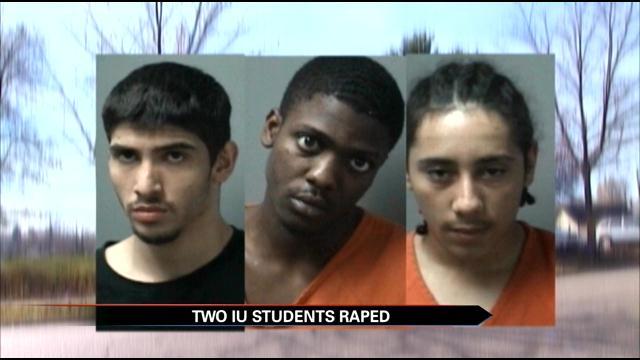 Police say two men with guns raped the IU students off campus Saturday morning, and they believe the attacks were random.

A third man 19-year-old Jesse Bentitorres is charged with burglary and assisting a criminal.

“It's scary and our hearts go out to all three of the women in this case. We want to let them know, as well as their friends, that there are resources on campus that if they want people to talk to, if they feel like they need some help,” says Indiana University spokesperson Mark Land.

Indiana University has a 24 hour student hotline for sexual assault victims who feel at risk.