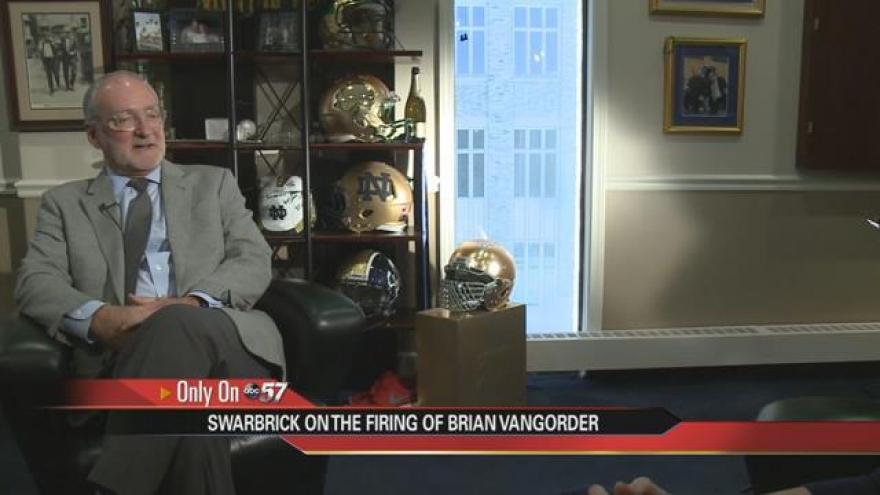 Swarbrick says he fully supports Head Coach Brian Kelly and said the decision to fire VanGorder wasn't a snap decision based on one game. He says they have been talking about it for a while.

"It was very easy for me to be supportive, to tell him I absolutely approved of his decision and he should move ahead," Swarbrick said.

Swarbrick was confident in Kelly's decision.

Swarbrick: It was immediately obvious and why it was important to do.

Allison Hayes: If Brian Kelly had not come to you when he did about Brian VanGorder, would that have been a move that you felt was necessary to make?

Swarbrick: It's not that I would have said we need to do X or Y, that's not the nature of our relationship. I would offer suggestions or observations and he would respond to the them and it probably would have taken us to this topic, as it was, he preempted me with a phone call.

Hayes: Now that the decision has been made to let go of the defensive coordinator do you feel that Coach Kelly is taking the team in the right direction?

Swarbrick: Coach Kelly has my complete confidence. It's a long season. We are all disappointed. I think he has continued to adapt as he's needed to. I think the program is in great shape.

Hear more from Jack Swarbrick during our ABC57 Saturday Kickoff show on October 15.