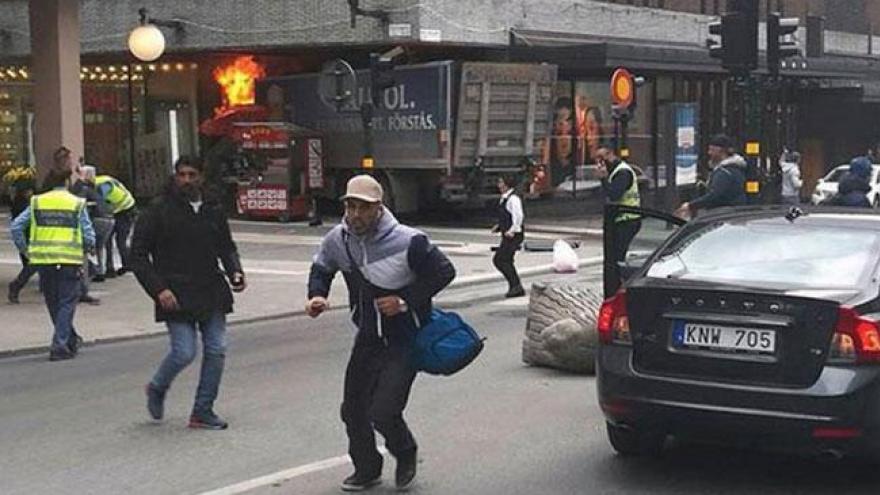 By Per Nyberg and James Masters CNN

STOCKHOLM (CNN) -- The man suspected of the Stockholm truck attack has admitted to carrying out a "terrorist crime," his lawyer said.

At a hearing in the Swedish capital on Tuesday, the lawyer for Rakhmat Akilov, a 39 year-old from the central Asian republic of Uzbekistan, said that his client accepted his continued detention.

Akilov, who did not speak in court, has not yet been formally charged. He will remain in custody in until a trial begins.

He is suspected of driving the truck into pedestrians on Drottninggatan (Queen Street), a busy shopping street in the center of Stockholm, on Friday before crashing it into a department store. Four people died in the attack.

Security was tight at for Tuesday's court hearing. Akilov was wearing the green clothes supplied by the detention center. The president of the court told him to remove a sweater that was covering his face.

Akilov's lawyer, Johan Eriksson, told the court that he "confesses to the terror crime, and he agrees with the detention order."

Police have previously said that the investigation into the attack could take up to a year. Prosecutor Hans Ihrman just told reporters outside the court: "The process moves on, there are other individuals to investigate and follow, so we are only at the start of a long investigation."

Akilov, who was known to intelligence services, had applied for residency in Sweden in 2014 but his application was rejected in December last year, according to police.

He was given four weeks to leave the country, and in February his case was handed to police to deport him.

Police said that Akilov had shown "sympathies to extreme groups such as ISIS."

The attack took place just before 3 p.m. local time on Friday. The truck, which belonged to a beer truck, was stolen as it made a delivery nearby, according to the company that owned it.

Two of those killed in attack were Swedish, one was British and one Belgian.

A second man was arrested in connection with the attack on Sunday, the prosecutor's office said.