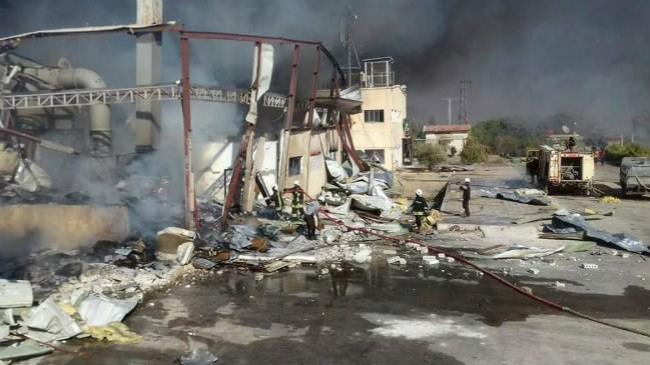 (CNN) -- Hours after a ceasefire started in Syria on Monday, the world waited to see how long the fragile peace would last.

The deal, brokered by the United States and Russia, calls for a halt to the violence between the Syrian regime and rebel forces. It would also allow for much-needed humanitarian access to besieged cities such as Aleppo.

US Secretary of State John Kerry said while the start of the ceasefire looked good, "it is far too early to draw any definitive conclusions."

But just hours before the ceasefire started, Syrian President Bashar al-Assad gave a defiant message to the country's opposition forces, vowing "to retake every piece of land from the terrorists."

"We have come here to give the message that the Syrian nation is determined to retake every piece of land from the terrorists, and to re-establish safety and security, to reconstruct and rebuild infrastructure and rebuild everything that has been destroyed," he said in footage broadcast by the state-run Syrian Arab News Agency.

"I think this message needs to directed ... to those who bet against Syria in the first days, weeks and months of the crisis and until today," he said.

He said his message was especially targeted at those who have "supported the terrorists."

Assad's family has ruled Syria for 45 years. He has often referred to opposition members seeking his ouster as "terrorists."

Kerry: 'This is less than perfect'

After previous ceasefire attempts ended in failure, Kerry addressed criticism that the latest deal is flawed.

"Sure, this is less than perfect," he said Monday. "But flawed compared to what? Compared to nothing?"

Kerry said the carnage and devastation in Syria before the deal was "worse than flawed," and that the international deal "may be the last chance we have to save a united Syria.

The ceasefire gives an opportunity to provide much-needed humanitarian relief for hundreds of thousands of Syrians.

"We are ready to get assistance into Aleppo right away," said Dominic Graham, Syria Response Director for international aid agency Mercy Corps.

"We have food rations packed and ready to go, but we must be certain the ceasefire is holding with all parties before sending people and trucks into harm's way."

The US and Russia previously coordinated a partial ceasefire back in February. But human rights groups monitoring the situation reported several airstrikes in the Aleppo region and near Raqqa, ISIS' de facto capital, just days after the truce took effect.

The Syrian president made his defiant remarks Monday during a symbolic visit to the former rebel stronghold of Daraya, a now-devastated Damascus suburb.

Daraya was under siege by the regime for years until a recent evacuation deal that allowed thousands of civilians and hundreds of rebel militants to leave the city, marking a major victory for Assad.

In June, activists said the Syrian regime pounded the area with barrel bombs just hours after food was delivered to the besieged suburb for the first time in nearly four years.

An activist from the Aleppo Media Center -- an opposition-affiliated activist group -- told CNN that he read Assad's presence in a formerly opposition-held area as a sign to "that this could be our fate someday."

At least seven people, including three children, were killed in rebel-held eastern Aleppo Monday, according to UK-based monitoring group the Syrian Observatory for Human Rights (SOHR).

The latest assault followed the deaths of 93 people in airstrikes in Aleppo and Idlib over the weekend -- 61 of them in an attack on a popular market where residents were shopping ahead of the Eid al-Adha holiday.

Upticks in violence also have occurred before previous ceasefire attempts.

"We are not optimistic about this ceasefire," an activist for the Aleppo Media Center told CNN as explosions rang out in the background.

The Syrian civil war has killed more than 300,000 people and forced more 5 million to flee the country, spawning an international refugee crisis.

But many Syrians, especially those living in rebel-held areas, aren't sure how long any break in violence would last.

"It's in the general interest of the Syrian people to stop the rivers of blood, and stopping bloodshed is the first step," said one Syrian in Aleppo. "It's a good step, but what's the guarantee that it will remain in place?"