Taco Bell incident injures three, may be the result of ongoing feud 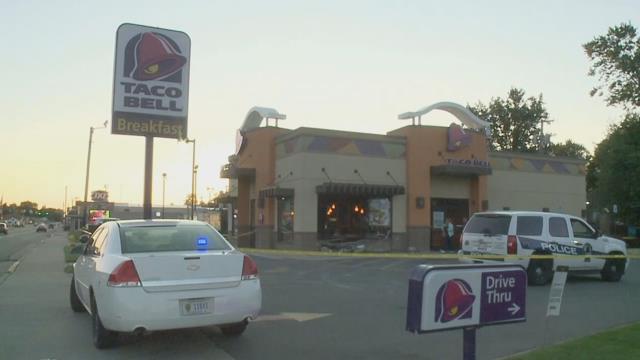 Three people are recovering after a car crashed into a Goshen Taco Bell Tuesday night.

According to police, a 52-year-old woman hurt her leg, her 10-year-old daughter received some cuts and a 17-year-old boy has a head injury.

Goshen investigators say this incident is a result of several "run-ins" between the passenger of the car and a group of males who were approaching the vehicle on foot.

However, James Dillon, the cousin of the 17-year-old who was hit, was there at the time and says there's more to the story.

Although police determined the driver accidentally drove into the building, Dillon says differently.

“We were all three walking to Taco Bell when I see the car jerk towards my cousin and then ram all the way through Taco Bell,” said Dillon.

Dillon’s cousin is still in the hospital with non-life threatening injuries.

“He’s got two skull fractures, and he’s got bruising of the brain and they might have to do surgery on his back,” said Dillon.

In a statement released Tuesday morning, police said the driver and her passenger had previous incidents with the group of boys

An hour after the incident at Taco Bell, police say they responded to reports of a break-in at the apartment of the driver.

The string of events isn’t that surprising to neighbors who have been noticing an increase in crime in the area over the past couple months.

“For about the past two months it seems a lot of cars have been getting broken into and stuff getting stolen from people’s houses and property,” said neighbor Joe Wilson.

Although the incidents are still under investigation, Wilson is relieved that something is finally being done about the crime.

“Goshen’s a really nice place to live, there’s usually nothing bad. So when something like this happens it usually stands out,” said Wilson.

Goshen Police have not filed any charges in the case but say the investigation is ongoing.