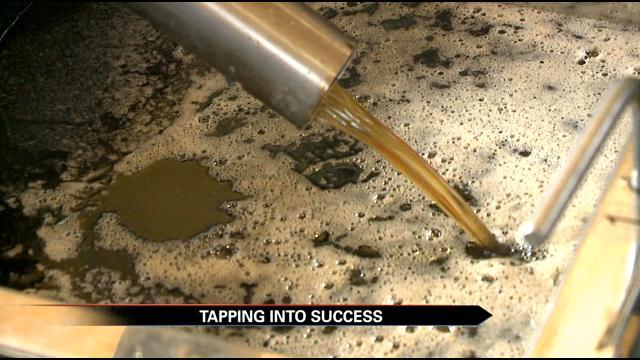 Mother Nature has shown the last couple of days that Spring is just around the corner.

That is also seen by the tapping of maple trees at Maple Row Sugarhouse in Jones, Michigan.

They just rounded out their annual Maple Weekend Sunday afternoon.

Maple Row Sugarhouse started in 2011 when they tapped the four trees in their front yard just for a family project, but they had no idea it would grow into what it is today.

"We've at least doubled and tripled in size every year since we started in 2011,” said owner Daniel Olson.

They made about five gallons of sap their first year by boiling it in a turkey cooker.

Now they have about 7,000 taps total and are still having trouble making enough to meet the demand.

The weather has a lot to do with how fast or slow the sap flows and it can also have an impact on the sugar content of the sap.

“The ideal situation to have more sap than we know what to do with is freezing at night to 20 to 25 degrees. The trees freeze completely solid and then during the day it gets up to 40 to 50 degrees. We've been collecting sap for the last week now, we'll still be collecting sap all this week for sure,” Olson added.

They hope to collect sap for another month.

The bigger and older the tree is, the more taps it will have.

After the sap is collected on the farm, it is then put through a machine and filtered through the process of reverse osmosis.

Then it is ready to be packaged and sold.

“We can only collect sap for such a short period of time, we work hard, have fun, and then we get to take a break at the end. Everybody loves the syrup," Olson said.