Target has terrible holiday and warns of awful 2017 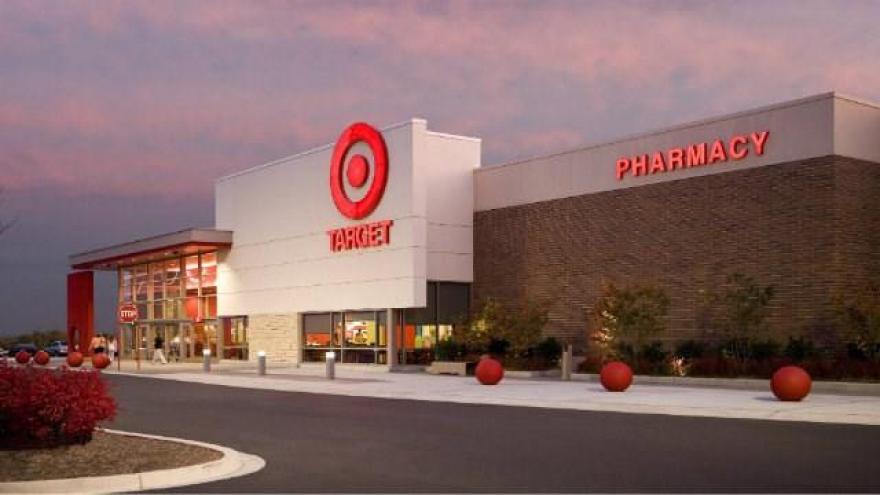 NEW YORK (CNNMoney) -- Tar-jay is no longer in style.

Target missed the bullseye badly during the holidays, reporting earnings that were below forecasts. And the company's outlook for this year was much worse than expected, sending the stock down 13% in early trading. Shares are down 20% this year.

The terrible numbers from Target are just another sign of how tough it is for traditional retailers to compete against the online juggernaut that is Amazon.

To Target's credit, the company has embraced e-commerce. Target said digital sales were up 34% from a year ago.

That's higher than Amazon's overall sales growth during the holidays and even outpaced the 29% jump in online revenue growth that Walmart posted in the fourth quarter.

The problem is that online sales are not growing quickly enough to offset the sales declines in Target's physical stores. Target said overall revenue fell more than 4% from a year ago.

Part of that was because of Target's decision to sell its in-store pharmacies to CVS in late 2015. But revenue was down at Target even after factoring in the absence of pharmacy sales from the fourth quarter of 2016's results.

Consumers are increasingly shunning traditional retailers like Target and shopping online. Macy's, Kohl's, JCPenney and Sears have also been hit hard by this shift in recent years.

Target seems to have been caught off guard by the magnitude of the change, though. The company had predicted a strong holiday quarter in November, but warned in January that its results would miss forecasts.

The numbers Target reported on Tuesday were even worse than what it forecast last month.

The company expects earnings for the first quarter and the full fiscal year will be lower than what Wall Street analysts were predicting.

And Target said same-store sales, which measures the performance of stores open at least a year, will fall in the first quarter and for the full year.

A decline in commodity prices has also led to problems in Target's grocery division.

Many big supermarket chains like Kroger and Whole Foods have warned that while lower food prices can be good news for consumers, they hurts profit margins for retailers.

Target said it plans to "transition to a new financial model."

During a conference call with analysts Tuesday morning, executives talked about how Target will spend more to revamp existing stores, open new stores, upgrade its supply chain and inventory management and boost its digital operations.

"At a time when many others are shrinking, we are investing," chief financial officer Cathy Smith said. She added that the company will look to lower prices and add a dozen exclusive brands.

Cornell tried to stress the positive aspects of Target's new plan, saying that Target is "doubling down" while many of its competitors are struggling to survive. He also said the company will lower prices to be more competitive with other retailers.

But analysts are still worried.

Neil Saunders, managing director for GlobalDataRetail, said in a report: "Target should not chase Walmart on price, as it is a battle that cannot easily be won. We also believe that many of Target's issues are not solely price related."

She wrote that Target has to "differentiate with exclusive, affordable 'fresh' product offerings coupled with clean and easy shopper experiences" and worry less about having lower prices than Walmart.

And Cowen analyst Oliver Chen said in a report that the company has a lot of work to do to win back market share and be more competitive against Amazon, Walmart and big supermarkets.

"The company needs to do a better job executing and attracting shoppers looking to just pick up a few items (vs. stocking up). We also believe food remains a work in progress," Chen wrote.

Target's woes are the latest setback for a company hit by a massive data breach in 2013. The credit and debit cards of about 40 million customers were stolen.

The problems led to the ouster of longtime CEO Gregg Steinhafel. Cornell, formerly an executive at Pepsi, took over in 2014 and had appeared to right the ship. Sales went back up.

But Cornell now faces another problem that might not be so easy to fix -- convincing consumers there's a reason to put their phones down and head back to the mall.