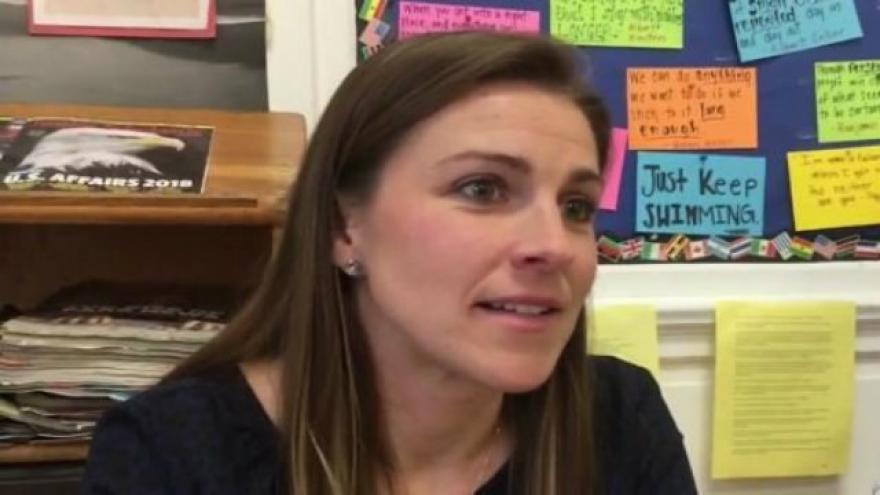 Cara Nelson, a Long Island middle school teacher, is about to run around the world. She\'s been training for a year-and-a-half to run seven marathons in seven days on seven continents. Photo courtesy WCBS

EAST HAMPTON, N.Y. (WCBS-TV) -- A Long Island middle school teacher is about to run around the world.

She’s been training for a year-and-a-half to run seven marathons in seven days on seven continents.

Her proud students said it’s a lesson in perseverance.

“The kids have been so excited and so happy, they can’t wait to begin this journey with me,” Cara Nelson said.

Nelson’s students will travel along in a virtual classroom as she posts daily videos and assignments from her trip around the globe.

It begs the question, has she lost her mind?

“I have been asking myself the same question,” she said.

Students are baking biscuits for the Dubai run, but she begins in Antarctica. Then it’s off to South Africa, Australia, Europe, South America, and the final 26.2 miles in Miami.

She’ll get barely 9 hours of sleep in between continents.

The cost to compete is about $3,500 each. Cara’s team of 16 is supported by an anonymous donor, and the money raised will go to charity.

“We have math teachers who are calculating her mileage,” principal Dr. Charles Soriano said. “We have science teachers that are talking about the various continental ecosystems.”

“No dream is too big to dream. If I look back at myself a year-and-a-half ago, I would have thought this was impossible,” Nelson said.

Physical endurance, mental fortitude, perseverance are things she sees as life lessons for her students.

Her team goal is $2-million for charity.