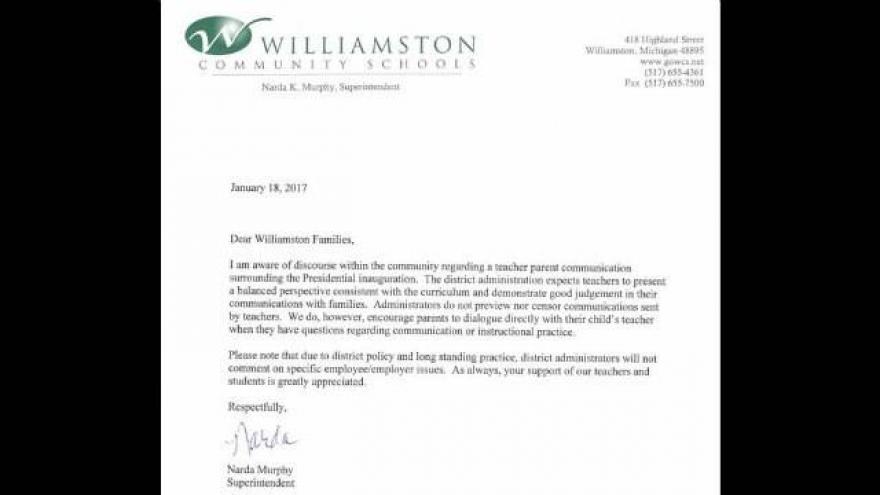 Williamston, MI -- A teacher is under fire for refusing to let his fourth grade students watch the inauguration speech of President-Elect Donald Trump.

Brett Meteyer, of Explorer Elementary in Williamston, wrote to parents that his class will not be watching the inaugural address on Friday.

Meteyer said he has allowed students to watch the inaugural speeches of the last two presidents, but worries what Trump will say given his past remarks about minorities, women and the disabled.

"Any child that's curious about the inaugural address, I think should be allowed to watch it," said Henry Lussier, Imlay City resident.

Several parents across Mid-Michigan felt Meteyer is cheating his students.

Kyle Welch, from Detroit, said he wasn't interested in presidential addresses when he was a kid, but he doesn't believe students should be censored.

"You don't have to agree with him, but I think they have the right to see the speech," Welch said.