Teamsters vote in favor of new contract with the city 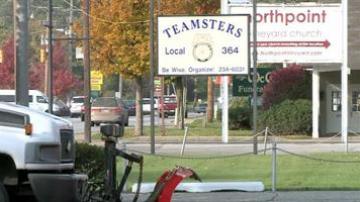 SOUTH BEND, Ind. -- The 250 members of the Teamsters Local Union 364 were all set to vote on their contract last week until they learned about a disparity between their pay raise and the pay raises the mayor wants to give some of his department heads. In the end, the union decided to take the deal on the table.

Just before noon the votes were counted.

Union workers voted in favor of accepting a two percent raise for each of the next three years.

"Collective bargaining, as terrifying as it might be to some, is actually a benefit for employers and employees," said Jim Szucs Business Agent Teamsters Local Union 364.

For employees, the agreement locks in their wages, benefits and working conditions.

"They can't be unilaterally changed by an employer or a manager," said Szucs.

"Because the collective bargaining agreement that we have with the employee workgroup says that this is the way that it will be done," said Szucs.

But coming to an agreement is not a quick or easy process.

Despite some last minute drama over bigger raises offered to key salaried city personnel, the union rank and file accepted the deal the mayor offered.

"It's good to get it over with, with resolution, and I think everybody's ready to put it behind us now and charge ahead and do our jobs," said Szucs.

When you look at what union workers are gaining versus what they had to lose,  the choice was easy.

Some Teamsters say they won't forget the slight some of them felt anytime soon and that could make the mayor's political future a little more difficult moving forward.