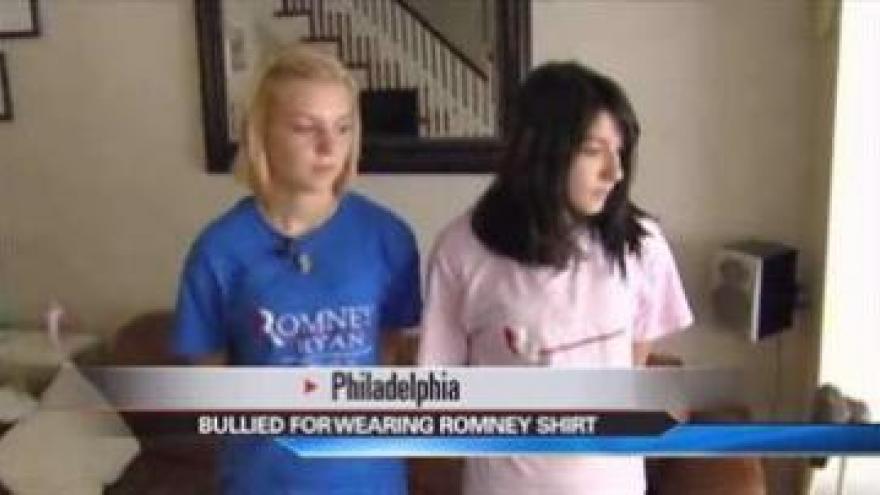 PHILADELPHIA, Penn -- A teen wanted to show her political spirit at school but was then berated by her teacher.

Sam Paw-Lucy wore a Romney-Ryan campaign shirt to class in Philadelphia when she said her teacher singed her out.

She says the teacher demanded she take the shirt off saying it is a democratic school.

Then she said the teacher. who is African-American, allegedly implied that the girl was uniformed and compared her to the KKK.

"The teacher said, 'Are your parents republican?' I said 'I don't know', she says 'That's like her wearing a KKK shirt because she knows nothing about it" says Samantha Pawlucy.

While she is not even old enough to actually vote, she said the supports Romney because he is pro-life.