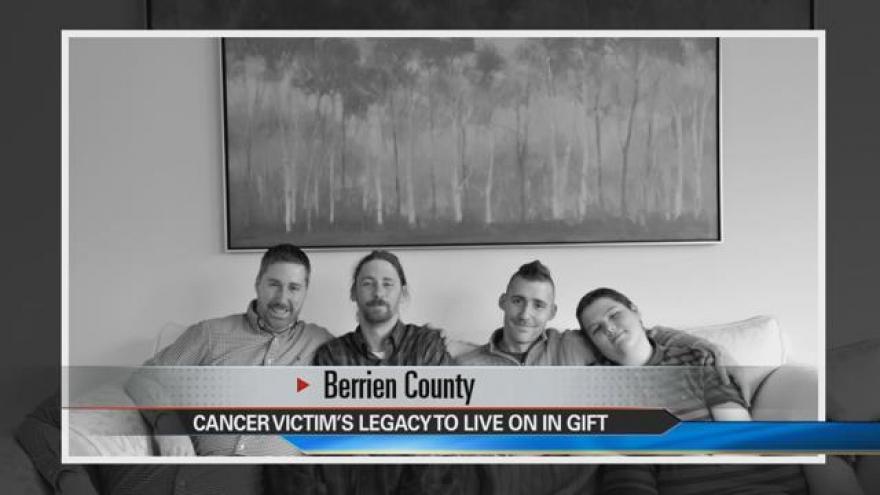 A tragic loss for one Berrien County family has been transformed into a gift for students in that community. 17-year-old River Valley High School student, David Hicks died earlier this month after a long battle with a rare cancer. Now, his family is helping his name live on through a scholarship fund that Hicks wanted to be a part of. That fund will help students who happen to have the same passion as David did in school.

When David was just 13 years old, he was diagnosed with Ewings Sarcoma. At one point, his right leg needed to be amputated from the knee down because of that cancer. By the time David was 16, the cancer became worse. He chose to stop receiving treatment and decided to spend his final days with his family. But before David passed, his family received an outpouring of support from the community.

The family says a Go-Fund-Me account provided enough money to cover home care and funeral expenses and then some, so they wanted to make sure that they gave back in a way that would carry on David’s legacy.

Many different ideas were discussed among the family, but then David’s older brother Zack confided in him and asked what he wanted after he was gone.

“I sat down with him and asked if that would be what he wanted; is it acceptable to donate the rest of the funds that come in from the go-fund me campaign. I floated the idea of a scholarship so that we could continually always give money to people who are his age who are going to college and he just thought that was the coolest idea,” said Zack East, David’s older brother.

After this, I asked Zack why the scholarship is specifically geared toward students who choose to pursue a career in performance or graphic arts. He said that was David too.

“His greatest dreams was to do something in the arts and eventually get to college and we feel like this is the way that we can help make that happen. If it can’t be him it can be somebody else, and that’s just really heartwarming,” said East.

The first scholarship will be awarded to a Berrien County graduating senior for 2017. The application and all support material must be submitted or postmarked by March 17, 2017. Decisions will be announced in early May.

For questions or more info, contact the Berrien Community Foundation at susanmatheny@berriencommunity.org or by calling 269-983-3304 Ext. 4.