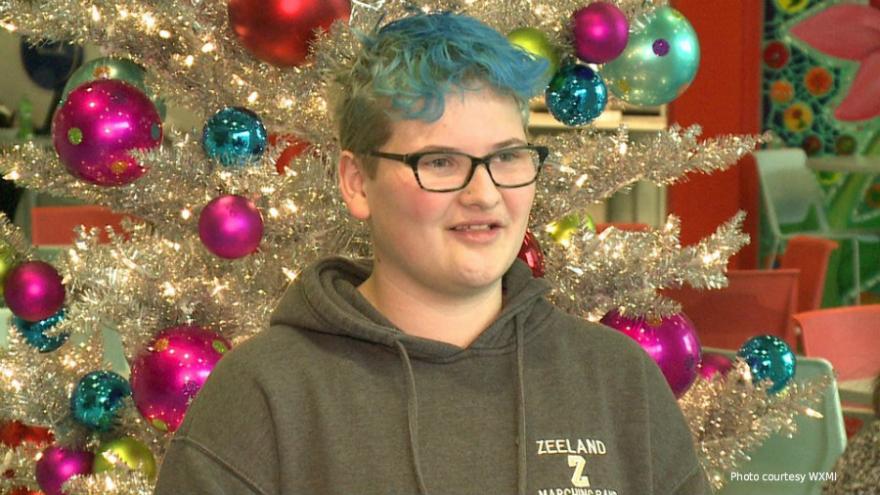 16-year-old Riley Kayser came up with the idea after she was a patient at the hospital last October and says she knows the difference it can make to get a gift during that difficult time.

"I think they're going to be really happy," said Kayser.

With the help of her dad, sister and a teacher at Zeeland West High School, they unloaded more than 200 presents for kids at the hospital on Friday.

"It fills your heart," said Kayser. "Every time I talk about it I smile and then end up crying afterwards, but it's worth it."

It all started when Riley was a patient herself.

"I had surgery on my heart last year so I thought I'd give back a little bit," said Kayser. "I got a little stuffed animal wolf and he's my favorite. That like really comforted me. It felt like home. It was just something to have."

Kayser started a fundraiser at school to help buy toys for kids in similar situations.

"I just think it's really cool to see the difference that one person can make," said Kelsey Curley, teacher at Zeeland West High School. "Last year, Riley was just this one person with a small idea, but then she took it bigger and bigger and now here we are."

Kayser raised hundreds of dollars with the help of her classmates to buy teddy bears, games, coloring kits and more.

"I think that they're going to be really happy," said Kayser. "What kid doesn't love getting a present on Christmas, especially when you're not home for the holidays. You just want to have that thing that makes it feel like home."

The hospital says it gets most of its gifts this time of year, but the gifts are handed out to kids year-round.

"It's always difficult with any holiday the child misses because it's something they look forward to," said Russ Hoekstra, manager of Child Life Services at the hospital. "It's part of their life, so we as a staff do a fantastic job of making sure all of the holidays are celebrated really well here. Of course these donations like this go a long way in making sure we're successful."