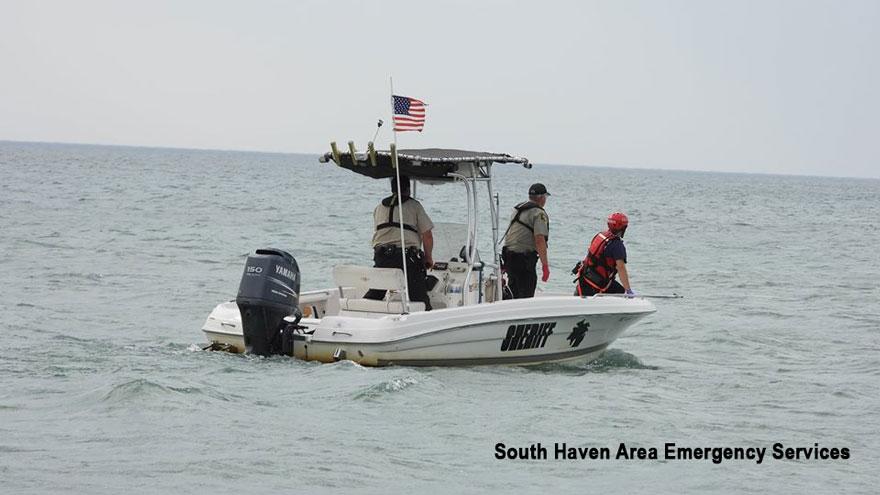 VAN BUREN COUNTY, Mich. – Two young men, aged 18 and 19, were in the water at South Haven’s south beach when they were reported to be in distress by local Area Emergency Management around 4:30 p.m. Sunday.

The teens were at a buoy with three to five foot waves when spotted, urging a police officer and a first responder to help the 19 year old to shore.

According to the teen, his 18 year old friend had tried to swim to shore but never made it.

After securing the young man, first responders created a human chain in the water to look for his missing friend and were helped by the Coast Guard and the Van Buren County Sheriff’s Office.

Crews worked until sunset to search for the missing teen but were unable to find him and have called off the search temporarily for the night.

The beach will be closed until further notice to avoid anyone else potentially getting hurt.