Teen helps save woman after she falls from pier while texting 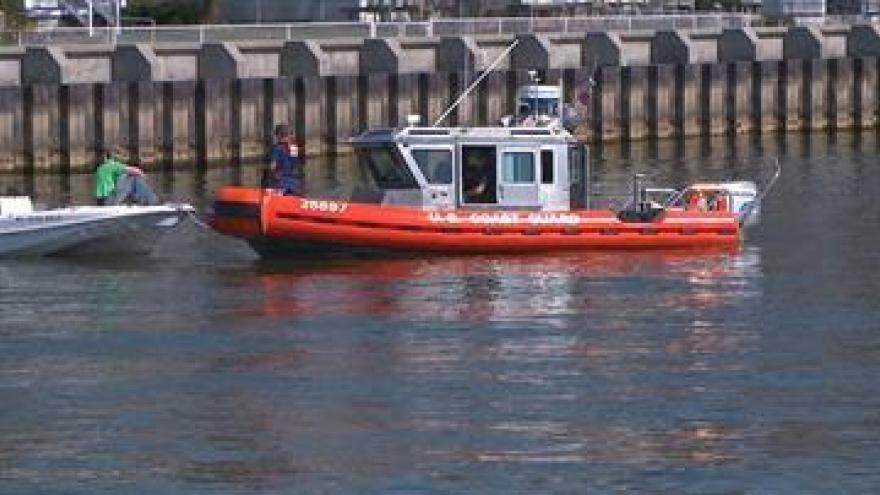 ST. JOSEPH, Mich. - A Mishawaka teen helped to pull a woman out of the water when she fell off a pier while texting and walking at the same time.

Becky Van Zant and a group of friends wanted something to do on Monday night, so with the great weather, they decided to drive up to the beach.

They were walking along the pier when they passed another group of people.

"All the sudden you hear a splash and we just think people are jumping off, but it was weird because it was the river side," said Van Zant.

It turns out that splash was Bonnie Miller of Benton Harbor falling into the channel.

Miller, her husband, and son were walking along the pier. That’s when Miller said she remembered she had a conflict with an appointment she’d scheduled and was texting to change it.

She said she got about three words down when she felt like she tripped on a hole, and next thing she knew she was in the water.

Van Zant said she heard the son cry for help.

"The son yelled, ‘Mom!’ and that’s when I knew it was serious," said Van Zant.

So she took off running to the side of the pier where the yell came from. That’s when she saw that the husband was already in the water, and Van Zant jumped right in feet first to help.

"You could see her out in the water not being able to swim and I knew she needed help," said Van Zant.

Van Zant’s friend, Taylor Graham, called 9-1-1, and Graham said was just happy they were walking along at the right time.

"Everything we did that day, if we didn’t do it, some kid would’ve had to watch his parents go through that," said Graham.

Miller said about twenty rescue people showed up, and that’s when Van Zant said she helped to get Miller out of the water.

"So I lifted her up to get her to grab their hands. And I was treading water underneath her, and had her sitting in my arm," said Van Zant.

Graham said it doesn’t surprise her that her good friend jumped in the water to help.

"People need people like that, you know, that’s like hope right there, that there’s people out there that are willing to drop everything thing and save people, even if it’s something small," said Graham.

Guess what career Van Zant wants to go into? She’s taken the test before to join the Coast Guard, and only failed by two points.

After helping in Monday night’s rescue, she plans on taking the test, again, sooner rather than later.

"Now, as soon as possible, because that just made me what to do it more," said Van Zant.

Miller said she is doing ok, but it was a scary moment for her and her family. She just wants to remind people to be careful not to be distracted when you’re texting.

Especially when you’re driving, and yes, even walking.