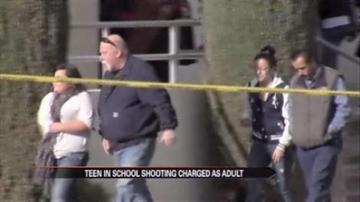 BAKERSFIELD, Calif. -- A teenager accused of opening fire inside a California high school is being charged as an adult.

Neighbors say the accused teen was often teased about his small size or comments he made in class.