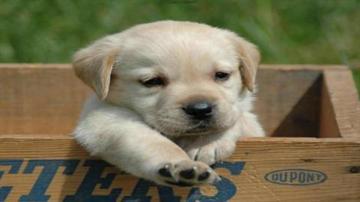 SOUTH BEND, Ind. - A teen on the city's west side is really make a difference for animals at the shelter.

Tatum Allen, 13, a 7th grader at Jackson Intermediate has been gathering food, new toys and money for dogs and cats at the South Bend Animal Care and Control.

Allen has turned down birthday gifts since she was 9-years-old and asking instead for pet toys, animal food and money that she turns over each year to the shelter.

"I saw a commercial on TV about the animals being sick and it broke my heart," Allen recalled.

That got the ball rolling and ever since she has been giving back.

"It doesn't even have to be for my birthday," Allen said.

In fact, Saturday Allen hosted a huge fundraiser and animal adoption in her front yard, just because.

"It would be different if it was one person doing it once. This girl has been doing it since she was 9-years-old. Come on, how many kids do this?" Brad Braydon, with Animal Care and Control asked.

Braydon said he is surprised by how giving Allen has been.

"If just five people followed her example and five more followed theirs it would be a whole different city to live in."

Animal Care and Control gave back to Allen as a way to show its appreciation by giving her a VIP tour of the Michigan City Zoo, Kong toys for her dog and naming her ambassador of the new shelter.

"I'm going to keep on doing what I'm doing because it seems to be working," said Allen.