Teen shot in the leg on South Bend's west side 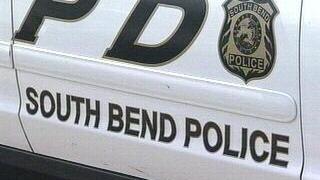 SOUTH BEND, Ind. - Police are on the scene of a shooting on the city's west side.

Officers alerted ABC 57 News in a text alert message that a man was shot in the leg at 2125 South Oliver Street.

The shooting happened before 3 p.m. Saturday.

The victim's grandfather told ABC 57 News that his grandson, Nick Bobelenyi, 19, was cleaning his gun when it went off shooting him in the upper leg.

Bobelenyi was taken to Memorial Hospital with non-life threatening injuries.

ABC 57's Jessie McDonough is on the scene right now. Stay with ABC 57 News for instant updates and a live report at 6 & 7.