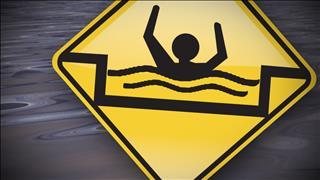 The Coast Guard says 18-year-old Daniel Green was surfing with friends until a rough surf trapped him.

According to the Coast Guard, Green’s friends were able to get out, but Green couldn't get out on his own.

Green told the Coast Guard that he had to cling to the surf board until they came to pull him out of the water.

A buoy in the area showed reports of 8 foot waves that day.

Green was not injured during the incident.