Teens help save family from fire 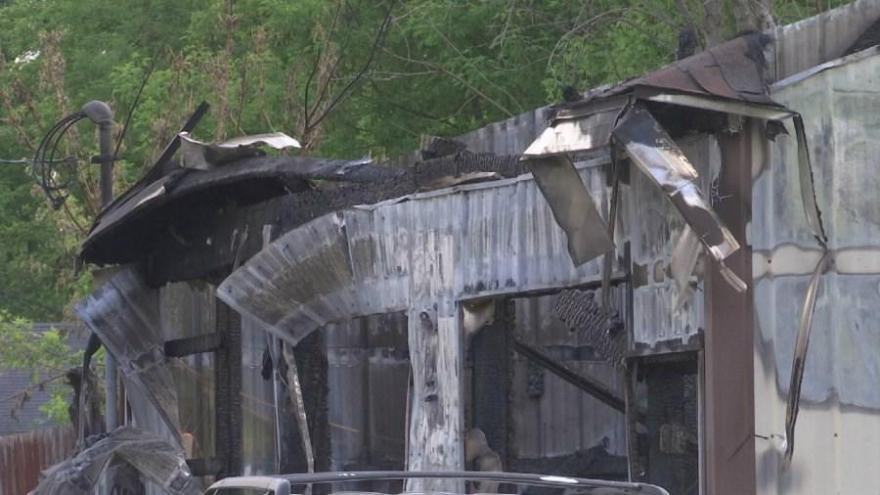 Alma, MI -- When they saw a home on fire they jumped into action and the family inside is thankful they did.

Friday night a raging fire broke out in a family's garage in Alma. The fire was quickly moving to the home where the family was sleeping inside.

"We saw some smoke in the sky, thought it was too much smoke for a big bonfire," said Dylan Macha, helped save the family.

Macha, Devin Barnes and three of their friends were driving back from a baseball game when they noticed the thick smoke up the road. As they got closer they saw the fire and knew they had to help.

"So we stopped at the house and got out of the vehicle, called 911, ran to the house and started pounding on the door," Macha said.

Macha and Barnes could see the flames quickly moving toward them, but they knew the fire department wasn't there yet and there could be people inside.

"So we started banging. I went around the side of the house and started banging and came up to the front and banged harder and then the light turned on. And it was a little kid that came to the door, started freaking out," Barnes said.

The child woke up the sleeping family. They had no idea their home was on fire. Thanks to the teenagers they all made it out safely.

"These young men did their job well and I thank them. That makes them heroes to me," House said.

The teens don't think of themselves as heroes. They said they were just doing what had to be done.

House said they still don't know what caused the fire.

As for the family, they said they are thankful for the teens knocking on their door that night.