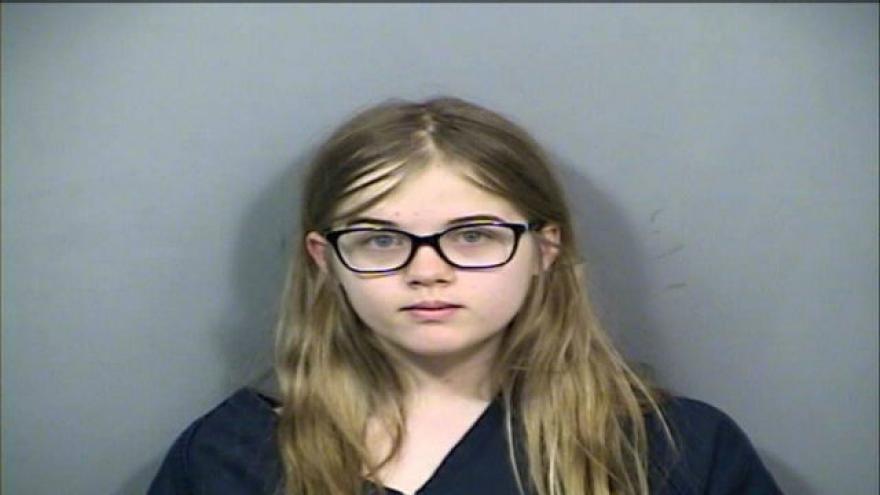 Morgan Geyser was arrested hours after she and a second girl allegedly stabbed a 12-year-old girl multiple times. Geyser was 12 when she was charged with stabbing a classmate. Photo courtesy Waukesha, Wisconsin Police 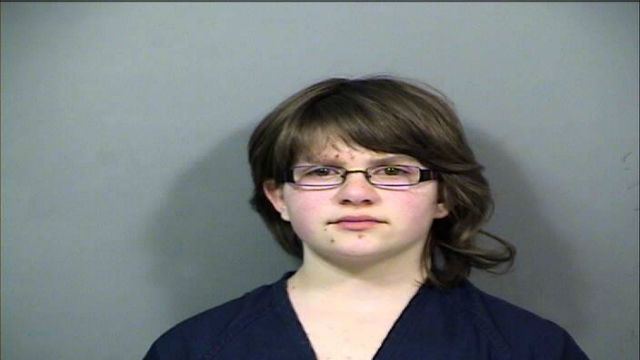 Anissa Weier was arrested hours after she and another girl allegedly stabbed a 12-year-old girl multiple times. Weier was 12 when she was charged with stabbing a classmate. Waukesha, Wisconsin Police

(CNN) -- The second Wisconsin teenager accused of stabbing a classmate in 2014 has pleaded guilty, but will not be held criminally responsible for the crime as part of a plea agreement.

Morgan Geyser, 15, entered the guilty plea to a charge of attempted first-degree murder for stabbing the classmate to please a fictional Internet character known as Slenderman with the help of her friend, 15-year-old Anissa Weier.

The plea agreement called for Geyser to enter the plea, and then for Judge Michael Bohren to find her not guilty by reason of mental disease or defect, meaning she would ultimately not be held criminally responsible for the attack. Bohren accepted the plea deal on Thursday.

"It's a confusing thing to describe because clearly she committed an offense but the law doesn't treat her as responsible for that crime because of her mental illness," Geyser's attorney, Anthony Cotton explained to CNN Saturday.

As part of the deal, under Wisconsin law, Geyser avoids further jail time and will be committed to a mental institution. In the end, Cotton said, Geyser "would not be considered to have a criminal record."

"It just seemed like there was very little to fight over at the end," said Cotton after the plea. "We were all sort of at a pint where she clearly had played a role in the offense, and on the other hand was clearly mentally deficient such that I really thought cooler heads ought to prevail and the parties ought to get together and reach this agreement."

"I know she's remorseful for what happened," Cotton added.

At Thursday's plea hearing, Geyser emotionally recounted the events of that May afternoon in 2014.

Geyser and Weier, who were 12 at the time of the crime, lured their 12-year-old classmate into a park in Waukesha, Wisconsin, where they stabbed her 19 times to impress the Slenderman, a boogeyman for the Internet age.

The victim survived, crawling to safety before she was discovered by a passing bicyclist.

"The plea deal has the assailant pleading guilty to 1st Degree Attempted Murder. Our family considers this to be true and accurate," said the family of the victim in a statement following the plea.

"Though we do not believe that an institution is where these attempted murderers belong, the current legal system does not favor victims in this situation," the family said, adding that the victim is now a "heroic survivor -- and no longer a victim."

Prosecutors have asked the county judge to sentence Geyser to 40 years in a mental institution, CNN affiliate WTMJ reported.

According to online court records, Geyser will be committed to an institution run by the state's Department of Health Services. Doctors will assess Geyser's mental state, submit those findings to the court and a final sentencing decision will be made at a later date, the records say.

CNN does not typically name minors charged with crimes, but it makes exceptions if they are charged as an adult, as are both Geyser and Weier.

In August, Weier pleaded guilty to a lesser charge of attempted second-degree homicide due to mental illness or defect. Ultimately, in September, 10 out of 12 jurors found Weier not guilty because she was mentally ill at the time of the attack.

Weier will spend at least three years committed to a mental institution before petitioning for her release, her attorney Maura McMahon said at the time.