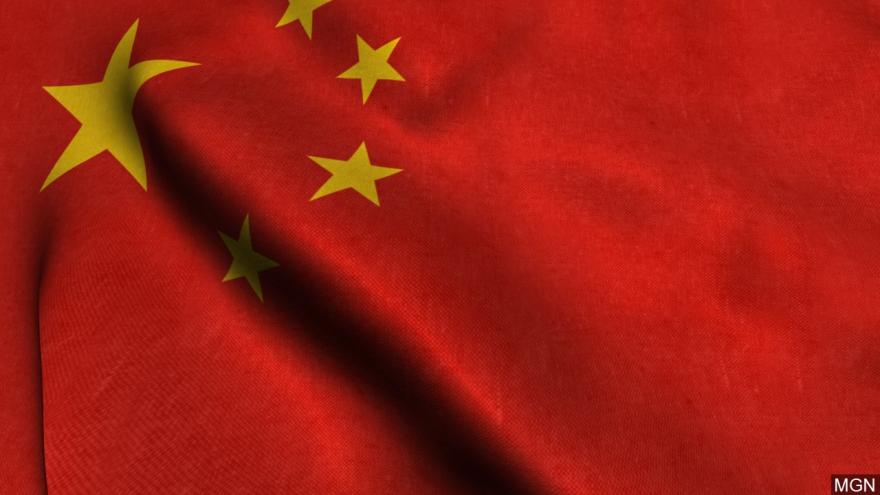 (CNN) -- Tens of thousands of people braved blazing summer heat Sunday to join a march in Hong Kong protesting the jailing of three pro-democracy leaders for their involvement in the 2014 "Umbrella Movement."

They were convicted of unlawful assembly after they stormed government property in June 2014, leading to the 79-day sit-in of major roads in the heart of the city's financial district.

On Sunday, demonstrators walked from the district of Wan Chai to the Court of Final Appeal, where the three activists are expected to lodge an appeal against their sentences.

Police told CNN the number of protesters during the peak period Sunday was about 22,000. Organizers said it was "the biggest protest since the 2014 Occupy movement", according to local press.

In 2014, hundreds of thousands of people crammed city streets to demand a say in the election of Hong Kong's leadership, and greater autonomy from China.

The trio were sentenced to between six and eight months' prison on Thursday. All three were initially given, and completed, community service sentences, but Hong Kong's Department of Justice appealed, arguing that those sentences were insufficient.

In a statement issued on Sunday, the Hong Kong government said the decision to appeal the original sentences was "in accordance with Hong Kong's effective legal system," and had "absolutely no political consideration involved."

The government statement added that authorities were "aware that the community has different views on the judgment and notices that the relevant defendants have indicated to lodge appeals.

"The case should be handled in accordance with judicial procedures."

Immediately following the verdict, Wong said on Twitter that the government "can lock up our bodies, but not our minds!"

In Hong Kong, people who have served sentences of more than three months are barred from holding political office for five years.