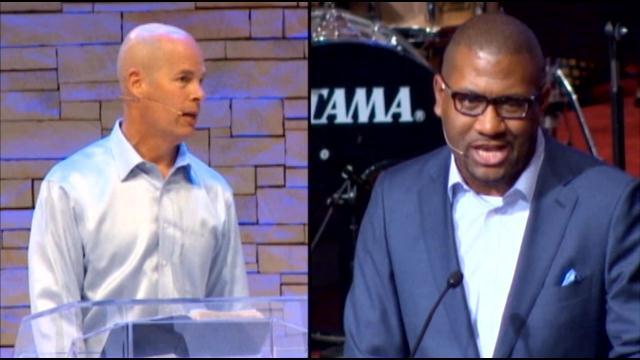 On Palm Sunday, two Dallas pastors with different backgrounds found themselves trying to bridge the gap in the Lone Star State.

The two decided to trade pulpits, preaching at the other's church in hopes of delivering one powerful message.

The two focused on racial reconciliation with the message that God loves everyone.

An African-American pastor took the helm at a predominately white church, and vice versa.

Their congregations found maybe they're not so different after all.

"It's the same word. We're all for the same cause, which is bringing those to Christ," said Curtis Robinson from Concord Church.

"We hope that our kids know there is no variation, we are one people," added Cari Trotter of Park Cities Baptist Church.

Both pastors say there's a racial divide in Dallas and call it a "Tale of Two Cities".

The congregations are now working together and hope to include more churches in the fall.