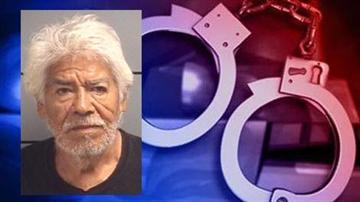 The Plymouth Police Department received a report Friday morning that an 11 year-old girl had been sexually assaulted at a home in the 100 block of Franklin Street.

The suspect was identified as 67-year-old Jonas Olvera, who was visiting from Mission, Texas.

When officers located Olvera they discovered there was an active arrest warrant from Marshall County from a 2009 child molestation incident.

He was taken into custody and charged with one count of child molesting, a Level 4 Felony.