That big chicken video isn't fake, but it is terrifying 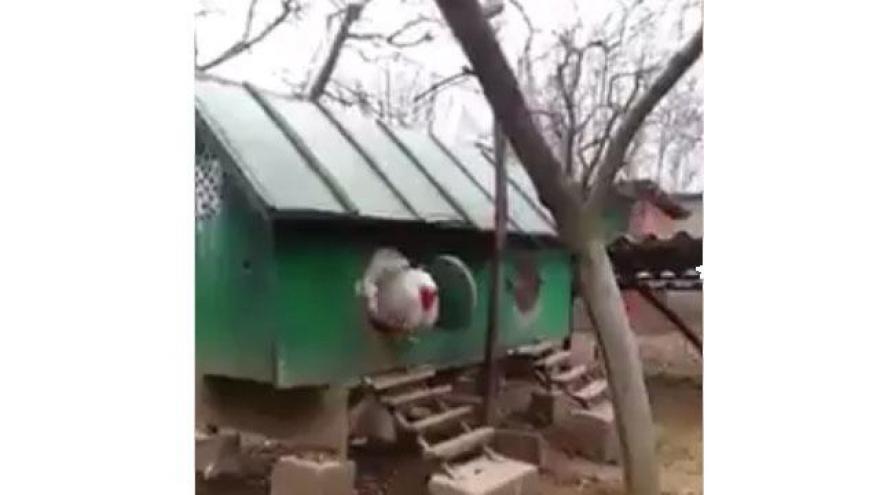 (CNN) -- If you haven't seen "The big chicken video," find a comfortable place to sit, because nothing can prepare you for the moment this behemoth rolls out of his coop looking like the final boss in a video game.

That is a huge chicken! Planet Earth needs a whole episode dedicated to this dude.

Am I the only person wondering why this chicken is so damn big ?????? pic.twitter.com/ZIWmEL2h2w

His big chicken-ness did not go unnoticed by Twitter, where people spent most of the weekend being scared of him and debating whether or not he is actually just a large child in a chicken suit.

A lot of people wanted it to be #FAKECHICKENNEWS, if only for their own mental health.

As much as you may not want to admit you share the earth with this late-model dinosaur, it is definitely not fake. The rooster in question has all of the characteristics of a Brahma chicken, a large breed of chicken cultivated in the US.

For a while, at the turn of the 20th century, they were the most in-demand meat breed in the country. According to the Livestock Conservancy, some birds bulked up to 18+ pounds.

See, that was our biggest mistake. Each of these monsters could feed a whole family of four for like, a week, but we bred them too strong, too powerful. This chicken's appearance is like the prologue of a poultry-related apocalypse novel.