The big question: Will we pay for our not-so-cold and not-so-snowy winter?

The big question: Will we pay for our not-so-cold and not-so-snowy winter?

SOUTH BEND, Ind. -- It's a question that has been floating around quite a bit of late: Will we pay for our lackluster winter come spring? And it's a fair question.

It would seem to make sense that a mild and snow-less winter would translate into a colder and possibly snowier than normal springtime. 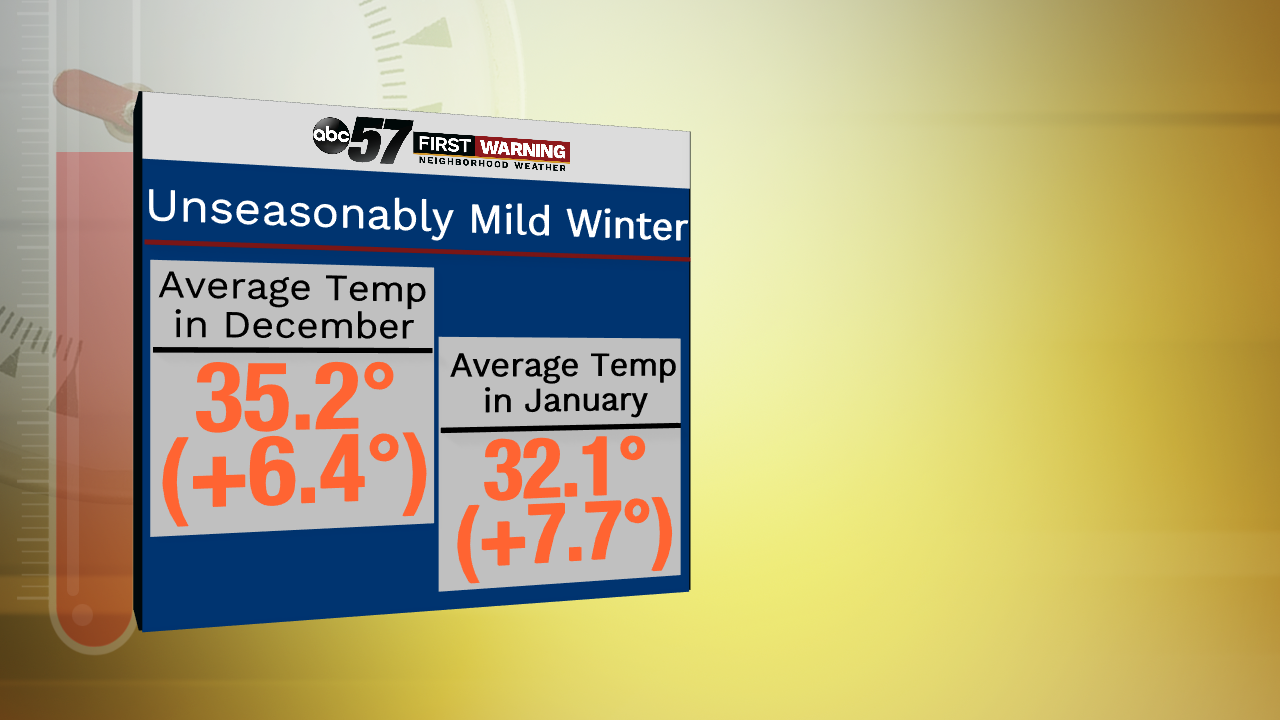 Both December and January were substantially warmer than normal.
So we dug into the matter to see if there's some truth to that assumption. After all, Mother Nature has a way of "evening" things out, right?

First, let's take a look at how remarkably mild it has been thus far this winter.

This past December was the 11th-warmest December on record in South Bend. January followed suit and finished 7.7° above normal. That's good for being the 7th-coldest January ever. 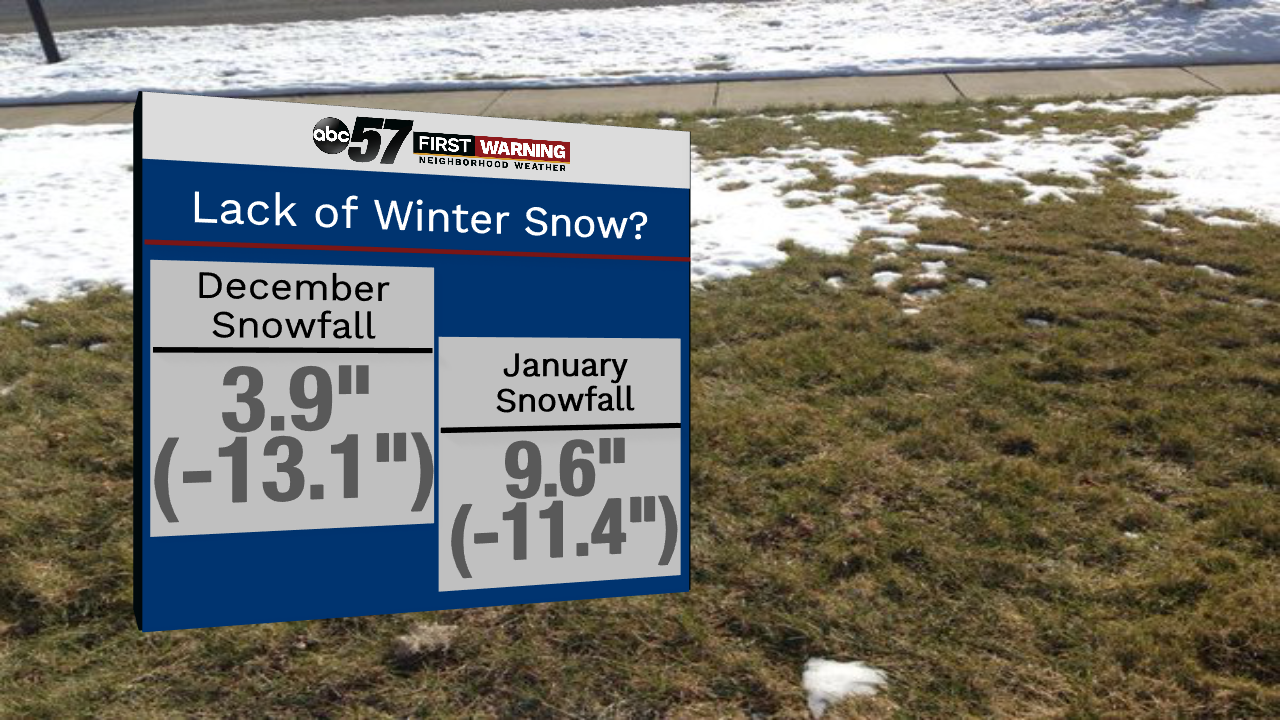 December and January saw a 2-foot deficit in the snowfall department.
It has also remarkably snow-less this winter across the entire region. South Bend saw less than 4" in December and less than 10" of the white stuff in January.

Both of those numbers are substantially lower than normal. When you combine both months, we saw a snow deficit of more than two feet of snow.

Temperature outlook for February, March and April. CPC
So, let's jump back to the question at hand. Will we see a cold and potentially snowy spring?

According to the Climate Prediction Center, the Midwest and Great Lakes have an elevated chance (blue shade above) of colder than normal temperatures occurring more often than warmer days for the remainder of February, March and April.

Precipitation outlook for February, March and April. Green is above normal. CPC
How about precipitation for that same 3-month span? The Climate Prediction Center believes we will see more rain and/or snow than normal. That doesn't necessarily mean big-time winter storms, flooding, etc. What this outlook suggests is a slightly more active pattern than normal into early spring.

That could be rain or snow depending on temperatures. 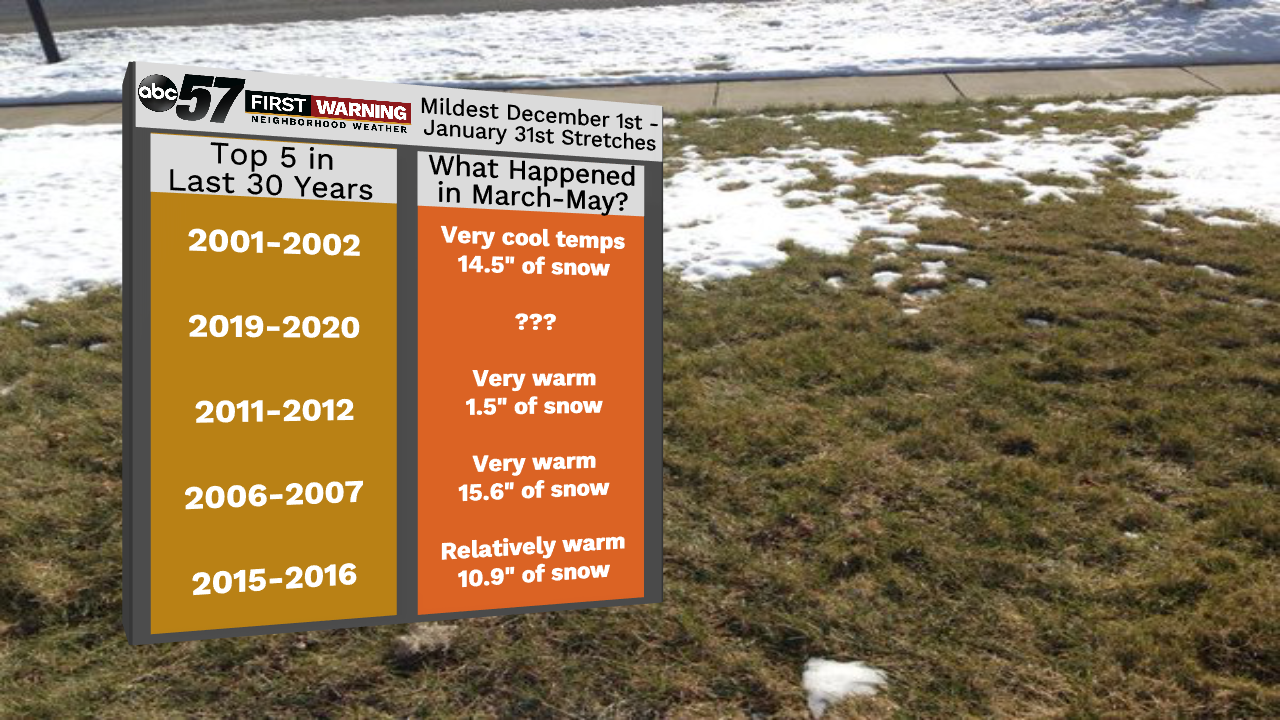 So that's the official outlook thru April. But it still doesn't answer the question of whether or not there's some sort of connection between a mild winter and a cold, snowy spring.

After looking into the data and crunching plenty of numbers, no such correlation seems to exist here in Michiana. Dating back to 1990, we looked at the five warmest December 1st - January 31st periods, and then what ensued in March, April and May.

Put simply, there was no trend, pattern or connection found.

December-January of 2001-2002 was very mild, yet the following March-May was very cool and snowy.

Meanwhile, December-January of 2011-2012 was also very mild, but the following March-May was uncharacteristically warm and virtually completely snow-less.

So no, just because we have had an easy winter thus far does not mean we will pay for it come March, April and May!