When you hear the word earthquake, Indiana may not be the first state that comes to mind. However, the state sits near two major fault lines and seismic zones: 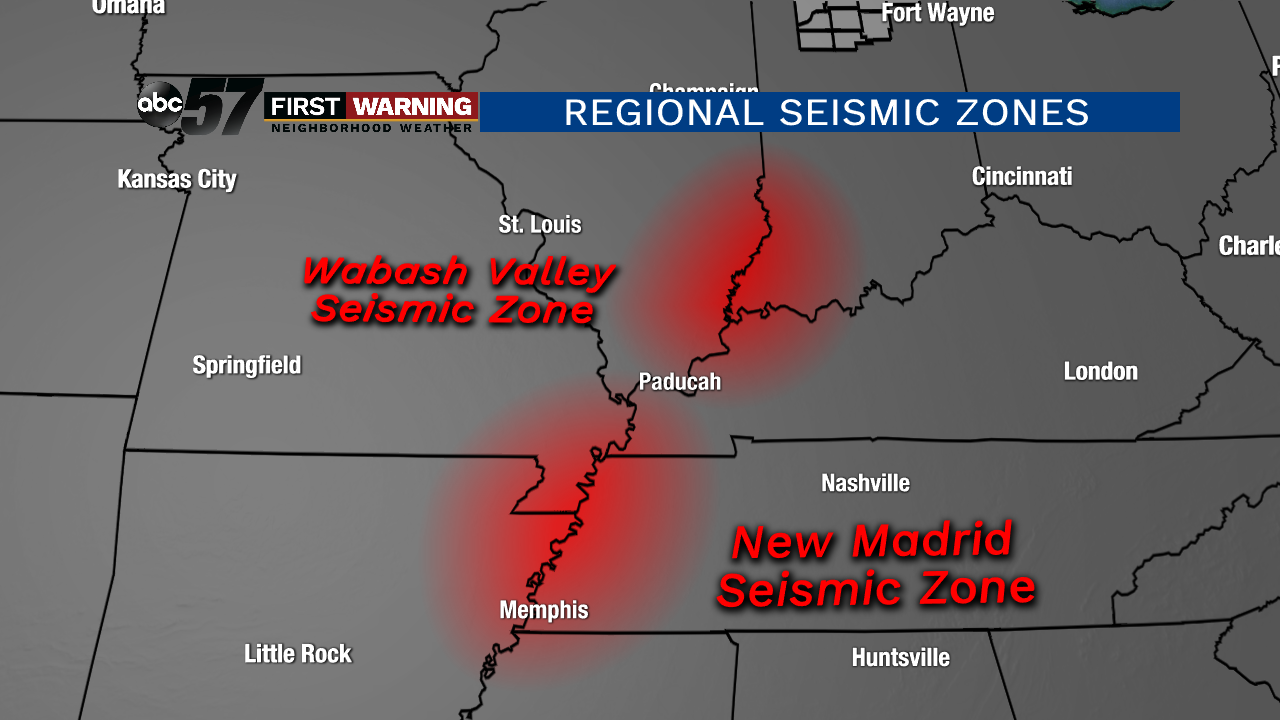 The latter may come as a surprise as it is less known than the New Madrid. Regardless, both have a history of producing earthquakes -- some that were strong to even extreme. 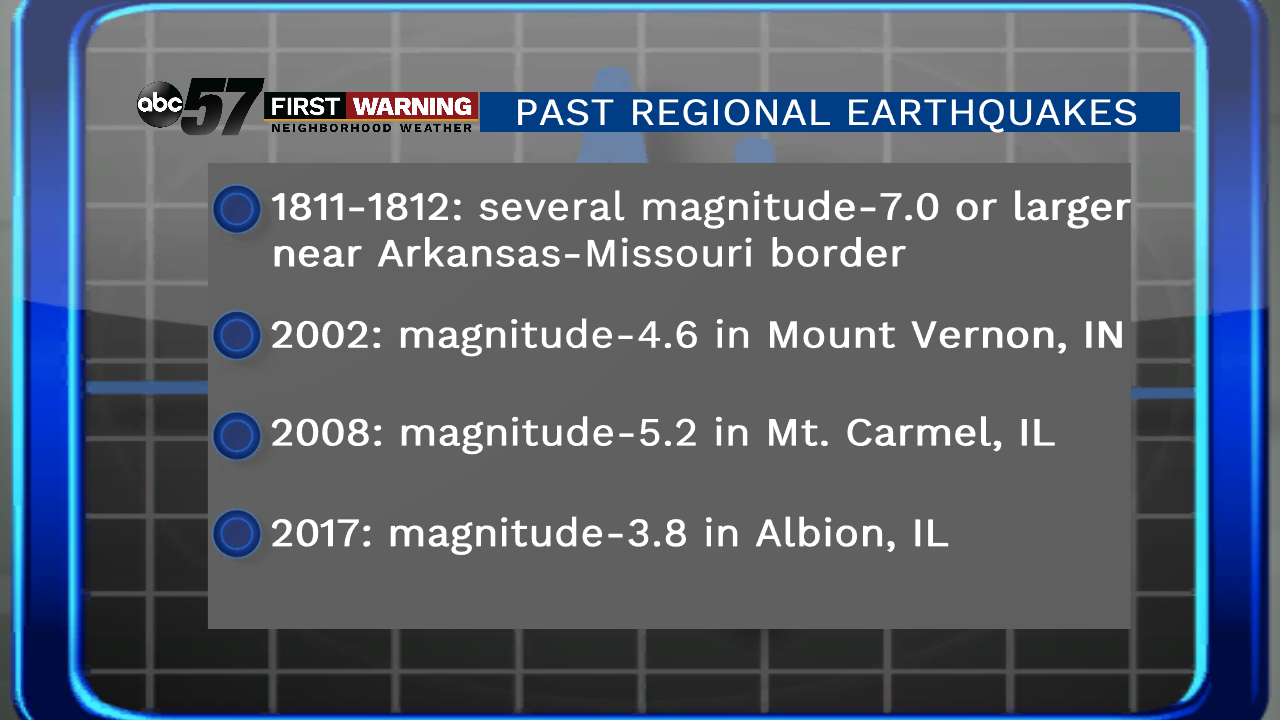 The most notable recent earthquakes in this geographical region occurred back in the early 19th century when multiple strong earthquakes shook parts of Missouri, Arkansas, Tennessee, Kentucky, Illinois, and Indiana. Three major quakes of magnitude-7.3 or stronger hit within a 3-month span.

Since then, there have been many weaker earthquakes in this region, but none quite as intense as those. For example, a strong M 5.2 quake hit Mt. Carmel, Illinois, back in 2008.

For perspective, that particular earthquake was felt across 18 states, and did cause structural damage. 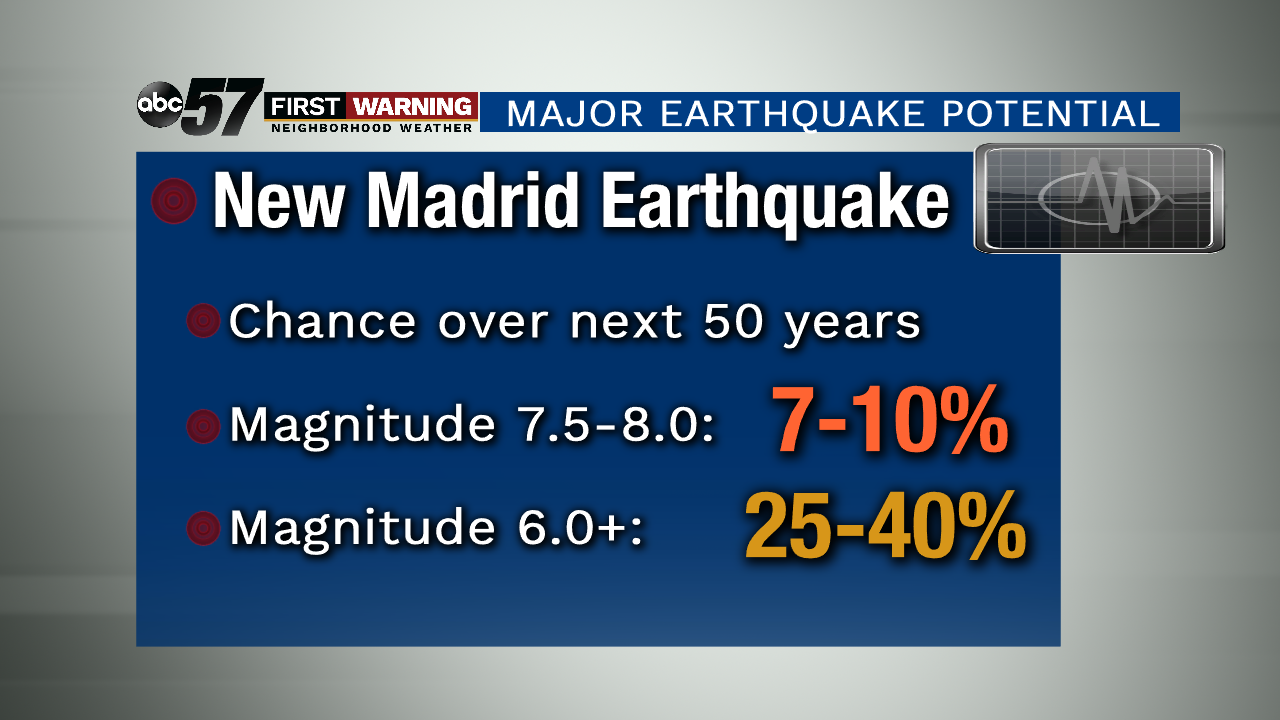 USGS
It's clear that major, destructive and deadly earthquakes are few and far between in the Midwest and Ohio Valley region. According to the USGS, there is a roughly 500-year interval between ones as intense as what occurred in 1811-1812.

So that means we're safe for another 300 years, right?

And the effects in today's world from such an earthquake would be exceptional. 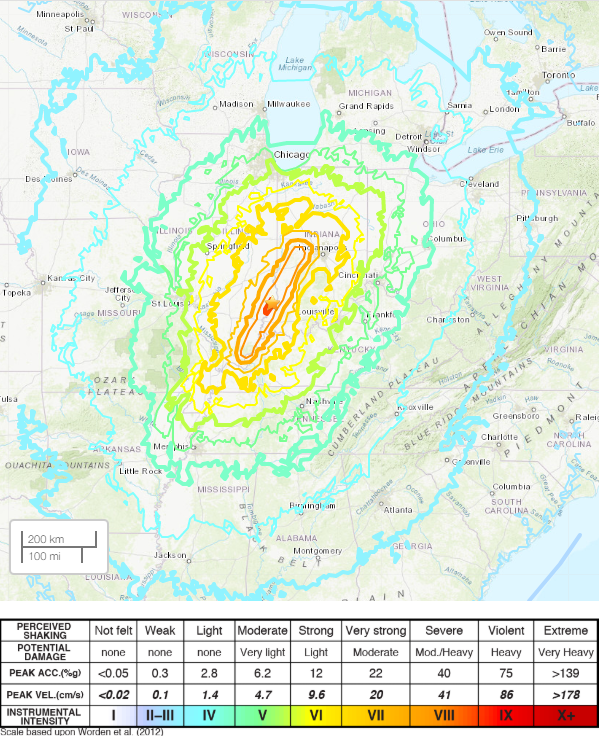 If such an earthquake were to strike just west of Vincennes, Indiana, shaking could be felt as far away as Birmingham, Kansas City, Green Bay, and Pittsburgh.

Damage would occur across most of Indiana, Illinois and western Kentucky. That damage could be "Moderate" to "Heavy" in locations such as Kokomo, Lafayette, Indianapolis, Terre Haute, Evansville, and Paducah. 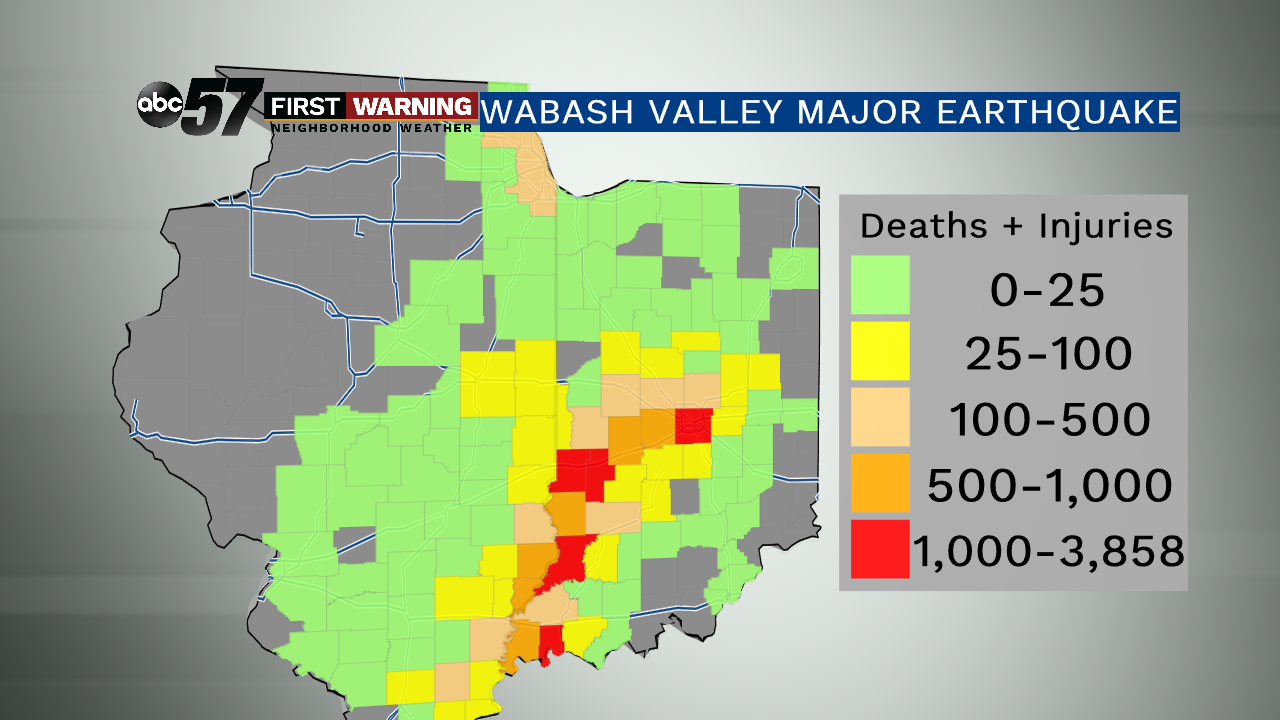 Potential casualties (injuries + fatalities) from a M 7.5 earthquake striking in the Wabash Valley Seismic Zone. USGS/ArcGIS/FEMA
Injuries and fatalities could occur in nearly every Indiana county. That would include most of Michiana. The most substantial number of deaths and injuries would likely occur along the Indiana-Illinois state line, in addition to areas in and around Indianapolis.

The interactive map displaying the potential injuries and fatalities can be found here, and was put together by ArcGIS. It uses the Hazus Earthquake Model along with the simulated M 7.5 earthquake.

This, of course, is a hypothetical scenario in the Wabash Valley Seismic Zone. It is very possible that a major earthquake strikes in the New Madrid Seismic Zone, just a bit farther south.

Back in 2008, a study was released to show the impacts of a M 7.7 quake in the New Madrid region. Impacts, some great, would be felt in Indiana from such a disaster.

It's always a good idea to be prepared for a significant earthquake. For more on that, click here.