The city of Elkhart hit by armed robberies 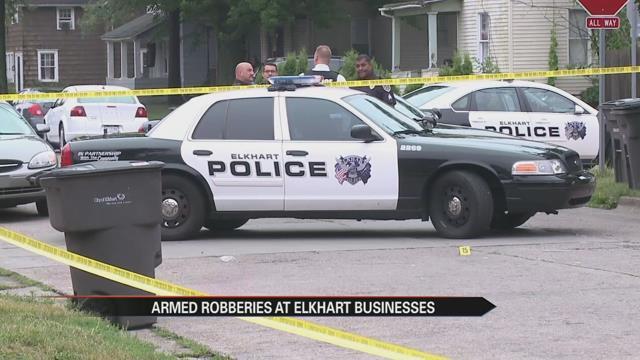 Armed robberies are affecting the city of Elkhart and businesses have been targeted.

Banks and cell phone stores have been hit multiple times.

ABC57 News pinpointed just how many businesses have been the victims of armed robbery since late July.

Looking through police records 12 armed robberies have happened at store since July 19th.

Starting in late July a variety of banks, gas stations, restaurants and phone stores were all targeted by armed robbers.

Carmen Valdez owns a store on South Main Street and says she and her family have taken safety measures by putting up dozens of security cameras.

Valdez has more than one job and she says she doesn’t understand why the criminals committing robbery don’t get one too.

“I have to be mom, I have to be manager of my store, I have to work in a factory so it’s hard work to keep a store and then there are people just hanging around on the streets and they don’t work,” says Valdez.

Recently the police chief and mayor announced an anti-crime unit that they are hoping will lessen violent crimes like armed robberies.

Common Council President Brian Thomas says the council should be voting in October.