The debate continues over a holiday concert in Elkhart County 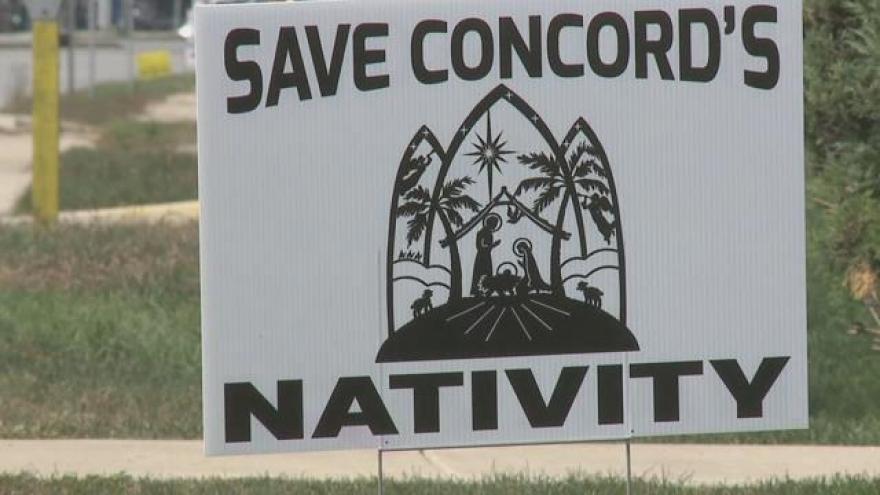 A former music instructor with the Concord Christmas Spectacular says she has strong connection to the play and doesn’t see anything wrong.

“I’m tired of the tyranny of one,” says Susie Chilberg of Elkhart.

That same group recently had another lawsuit against a county in southern Indiana for having a nativity scene on courthouse property. About two weeks ago a judge dismissed the lawsuit saying FFRF could not prove any constitutional violation.

Now residents in Elkhart County are continuing their support for the nativity scene with t-shirts and signs.

“It is time for people to stand up and say we have had enough of this,” says Chilberg.

Chilberg says she goes back a ways with the Concord Christmas Spectacular. For about 20 years either her kids have been in this show or she has played a role.

“The professionalism that the kids show in their singing, they are just amazing and the whole pageantry is beautiful and so classy,” says Chilberg.

Chilberg says she never recalls the religious half of the show being forced on anyone or any student, which has been claimed in the lawsuit.

“It’s all voluntarily because the second half all the kids are in there voluntarily. Anybody who has a religious difference is dismissed. They don’t have to stay,” explains Chilberg.

On Facebook where the topic is attracting close to 7,000 likes a Concord Alumni asks “What is so terrible about putting on a holiday show that all of Concord's students can participate in for the entire production no matter what their religion is or isn't?”

Still Chilberg stands by her convictions and says although no one is forced to watch the live nativity scene most people don’t leave.

“There has never been discrimination against those kids if they choose to not take part in the second half they don’t have to they can leave but most of them choose to stay,” says Chilberg.

As of Thursday the superintendent of Concord Community Schools is still not commenting on the lawsuit.